What is Euler’s Number (e) and where did it come from?

Euler’s number has a value of 2.718… , however just like Pi, it is an irrational number, meaning that it cannot be written as a fraction and that it has a decimal expansion which will continue forever without repetition. Euler’s number e has become famous for two main reasons: firstly, it is used in lots of important real-life situations, and secondly it has many interesting mathematical properties. This makes

a fascinating and useful number for scientists, engineers, and mathematicians alike.

was first discovered by Jacob Bernoulli in the 17th Century when he studied the problem of Compound Interest.

Imagine you have £1 and that you get interest twice a year at a rate of 50%.

Now imagine you have £1 and you get interest 12 times per year, or every month at a rate of

Now imagine you have £1 and you get interest 365 times per year, or every day at a rate of

Jacob Bernoulli asked an important question: what would happen if you received interest so often that you received it continuously?

In fact, what is the value of

as n tends towards infinity?

You might already have guessed the answer, just by looking at our example where n=365, which is already getting quite close to

.  This brings us to the most well known way of calculating

Calculating the value of Euler’s Number e as a limit:

(Keep putting in bigger and bigger values of

, until you get really close to the true value of 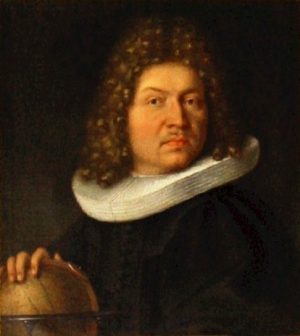 Unfortunately, Jacob Bernoulli didn’t have a computer at his disposal and was only able to say that the value was between 2 and 3.  Some years later Leonhard Euler, one of the greatest mathematicians in history managed to calculate the value of

, correct to 18 decimal places. Euler had also discovered the following:

(In case you are wondering, 5! means

and is the factorial function)

The more terms you calculate, the closer you will get to the true value of

. You will only arrive at the exact value of

if you carry on adding up the sequence forever.

Nobody knows exactly how Euler calculated

to 18 decimal places, however the best guess is that he used the sequence above. It was also Euler who named the constant ‘

’. Surprisingly, historians are fairly certain that he didn’t name it after himself, but that it was a pure coincidence that he chose the first letter of his surname.

Euler was also able to represent

Calculating the value of Euler’s Number e as a continued fraction: 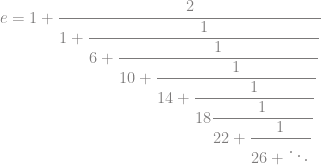 Other ways to calculate e

The three main ways of calculating

have been listed above. There are however many other lesser known representations of

If you visit the Wolfram Mathworld page on e, you can browse through a huge collection of different ways of calculating, some of which are very complicated indeed. This same page also lists a collection of mnemonics to help you remember the digits of

. A favourite has to be:

Where is Euler’s Number e used in the real world? 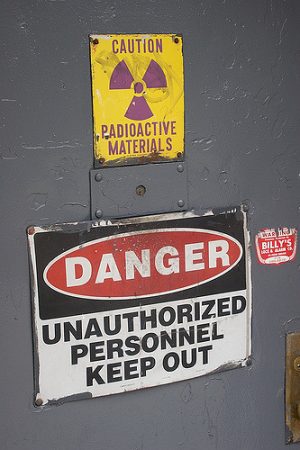 Compound Interest is not the only practical use for

, and the natural logarithm with base

appear a lot in real-life processes. The main reason for this is that the exponential function

can be used to describe growth and decay.

, making the mathematics involved work much more easily than with many other functions. It is one of the reasons that

is used so frequently to model the real world.

is the only function where it is equal to its derivative (

stands for any number, and this just means that the property also holds for multiples of

. This also means that when you integrate

it will remain unchanged apart from the constant of integration. This unique property simplifies many calculations involving

No discussion about Euler’s Number e would be complete without mentioning one of the most famous equations in mathematics called Euler’s Equation:

(If you aren’t sure what stands for – it is equal to the square root of minus 1 and is called an imaginary number.)

Euler’s Equation shows that both

are connected to one another. This is really surprising, given that

comes from looking at the properties of a circle, and

arises from situations which have nothing to do with circles such as compound interest. Euler’s Equation shows that

is more than just a useful number which can be used by scientists to model the real world – it is a fascinating number in its own mathematical right.