Communication in a digital world

Facebook. YouTube. Digital cameras. Our lives are full of websites and gadgets that make sharing information and staying in touch as simple as clicking a button. It’s hard to imagine life without them, and thanks to maths, you don’t have to.

Information used to be mostly analogue, meaning it varies up and down like a wave. An example is your voice. When you speak, your lungs and mouth form a sound wave in the air. A phone can pick up this wave and convert it into an electrical signal. The phone at the other end receives it, translating the signal back into a sound wave to play through the speaker. 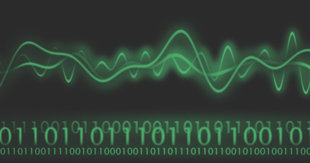 With the invention of the computer in the mid 20th century we entered the Information Age, and digital began to take over. Unlike analogue waves, which form a smooth curve, digital information is broken up into separate pieces. These pieces are often numbers, or digits – hence the name digital. Websites, MP3s, and video files are all built on just two numbers: 0 and 1. This digital system, known as binary, can actually store any type of information on a computer.

To understand binary, and convert analogue signals to digital ones, you need to know some maths. For example, when your taking yours holiday snaps with a digital camera, analogue light waves enter the camera lens and are converted in to a digital file. This is done by a special sensor called a CCD, built by mathematically skilled engineers. 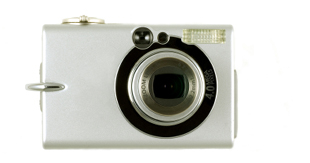 With the picture turned into numbers we can use maths to manipulate it. The raw numbers take up a lot of memory, which means you can’t take many photos. But help is at hand. A mathematical technique called compression can reduce the space needed by looking for patterns in the numbers, so all your holiday snaps fit on one tiny memory card.

Compression is also great for sending information over the internet, because small files are quicker to transmit. Without compression, video-sharing websites like YouTube could not exist, because the video files would be too large. If you hate waiting a couple of seconds for a YouTube clip to load, imagine having to sit around all day!

As well as letting you share information on the internet, maths can also keep it safe. When you log on to a website like Facebook, the computer encrypts your password. This means that a mathematical code jumbles up all the letters and numbers, so no one can read it. The same technology is used by banks and online shops to make transactions secure.

All these types of communication and more were invented thanks to mathematicians. Without our understanding of maths, the world would be a very different place. Imagine being the inventor of the computer, the MP3, or the internet – they all changed the world, and they were all skilled mathematicians. By studying maths, you could do the same one day!