Every day of our lives, we use communications in one form or another. First there was the plain old telephone system with a dial or push button key pad, and then came along some pretty amazing new stuff such as smartphones. 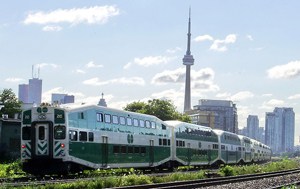 However, these are not the only forms of communication that we have today. There is the Internet and the World Wide Web, as well as Radio and Television in both analogue and digital formats. There are systems that tell us how traffic is flowing along our motorways, and how trains are keeping to time (or not) on our railways. There are public address and information systems at airports that keep us informed about flight arrivals and departures, and so on. 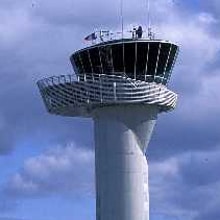 When we get on an Inter-City train, the control links between the driver and the locomotives at each end rely on communications. Our train driver will also talk to the signalers and station controller along the route. When we board an aeroplane, the link between the controls at the hands of the pilot, navigator and flight engineer are all connected to the aeroplane engines, wings, rudder etc through the aircraft’s internal communications – hence the term ‘fly-by-wire’. And of course the aircrew will naturally want to talk to the air traffic controllers while on the move.  These are all examples of modern communications systems, with different levels of complexity. 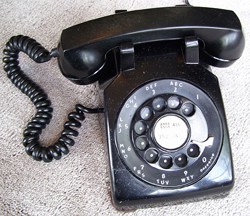 Have you ever stopped to wonder how these modern developments evolved from the early days? What was it that drove the early inventors and practitioners to design, develop and build the systems that ultimately became the communications systems we know and love and use every day? Back then, necessity was the mother of invention, coupled with a strong sense of curiosity. This is what drove the early scientists and engineers, mathematicians and physicists, to investigate the underlying scientific theory of communications and build experiments to test and try out their ideas.

As the technology developed it became increasingly important to understand the underlying scientific principles that make the whole system work – and mathematics is fundamental to this. The demand for information and communications in the modern digital world continues to increase seemingly without limit. Today’s systems must therefore expand to meet this demand and be able to function safely, reliably and efficiently into the future. So, what kind of mathematics do we need to make sure that our communications systems continue to develop in the future? Believe it or not, the mathematics that you are learning at school is essential if you want to be part of the future communications revolution in the new digital age.

Information originates in either analogue (varying like a curve) or digital form (a series of values). The human voice is analogue – the microphone in a telephone converts it from an acoustic waveform into an electrical signal, and at the other end, the earpiece converts the electrical signal into an acoustic one.  Images – photographs – are also fundamentally analogue. Each point on a photograph has a unique colour and intensity that varies continuously as your eye moves around it. On the other hand, information in the form of text is digital – it is represented by a finite alphabet of letters and numbers and symbols. 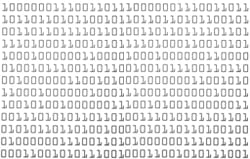 These can be expressed in the form of binary digits – bits – the 0s and 1s that computers use. Apart from the plain old telephone, most modern communications systems are digital, since once information is expressed in the form of 1s and 0s it is very easy to keep it in the same form. None the less, the wider world itself is fundamentally analogue, and hence any information that originates in digital form will need to be transformed into analogue form at some stage. This is the new digital age where everything is going digital – including radio and television – a world in which powerful fast computers play a major part. 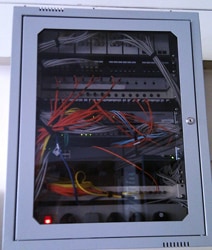 The transformation of information from analogue to digital form and back again, processing the signals for transmission by whatever means – radio, television, cable, optical fibre etc – all requires the use of mathematics. Algebra, trigonometry and calculus are fundamental requirements for designing communications systems. The electronic filters that remove unwanted and interfering signals are designed by solving polynomial equations. Digital filters that process the 0s and 1s are often based on transforming analogue filter designs using the theory of complex numbers. Probability and statistics are needed to quantify the performance achieved by communications systems when the signals are transmitted over channels that distort them and add noise and interference. Number theory plays an important role, not only in designing systems to guard against unwanted intrusion, but also to ensure the integrity of the received information. The above are just some of the many areas of communications system design that involve mathematics – and there are many others. 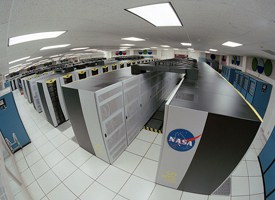 As a mathematician employed in the communications industry, you could be working alongside other professionals on many different projects. For example, your colleagues could include engineers, physicists, and ergonomics specialists, market researchers, speech and hearing therapists, doctors and general practitioners. Industry, public services and the armed forces all employ mathematicians to develop new products and to help maintain and improve the nation’s well-being through its infrastructure and security. The wide diversity of available opportunities makes for an interesting, rewarding and fulfilling well-paid career.