Would you count differently if you had no fingers?

When we learn to count, we start on our fingers. But most people run out after ten of these. Numbers were invented to allow people to continue going when they’d run out of body parts.

To go beyond ten, you can start counting the number of tens you have. When you have ten tens, you can count the number of hundreds. Even though you only have ten fingers, by breaking numbers down into different size pieces, each one ten times bigger than the last, you can handle any size of figure.

To record these, we use a notation where the lefthand column before the decimal place counts the number of units, the second from the left the number of tens, the third the number of hundreds, and so on. 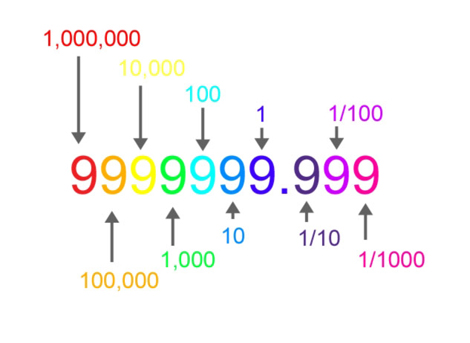 Since each column can have a maximum of 9 items in it, before it overflows into the next column, you can write down any number using just 10 different digits. We call this way of writing down numbers decimal, from the Latin word ‘deci’ which means ten.

But why all these tens everywhere? The answer’s at your fingertips. Most cultures looked at their ten fingers, which can be up or in a fist, and saw a great way of keeping track of where they’d got to. It’s no coincidence that digit can also refer to a finger or toe as well as a way of representing number.

But what if we were an alien race with only two fingers?

With only two physical digits, we’d probably end up with twos everywhere we have tens. We’d have two written digits – we need a 0 so we can have place values, so that means we only get a 1 to count with.

But even with this minimal set up, we can do everything that decimal can do! Following the same procedure, we start counting units. We can count to 1, at least. Then we need to start a new column – because we’re dealing with two as a basic unit here, rather than ten, it should be two times as big. This column is for recording the number of twos.

So, aliens can write down any number we can write down using just their two digits – 0 and 1. This is called binary representation: from the word ‘bi’ meaning two (as in binoculars –‘two eyes’ and bicycle ‘two wheels’). 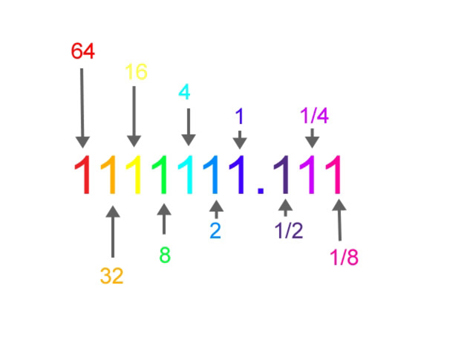 Why would anyone want to count in this funny way if they weren’t an alien? Only needing two digits means you can represent any number with just two signs. They don’t have to be made with ink on paper or with dots on a screen – you can have a switch flicked up for 1 and down for 0, or have a pulse of electricity for 1 and no pulse for 0.

This is useful because it makes it easier to tell the difference between the signals, so there are fewer mistakes. So communications systems convert what they want to send to binary numbers and send them as pulses. For example, telephones send electrical pulses down the phone lines.

Having only two signals to recognise is also helpful for machines. Computers record or information as binary numbers, which makes it easy for them to read the signal back out again without making mistakes. It also makes life easier for the engineers who only have to come up with two different kinds of record. This alien way of writing numbers is underneath nearly all modern technology – from TV and CDs to satellites and space missions, and might even help us find real aliens!