Home Articles Cutting down on crime

Cutting down on crime

Crime is a problem everywhere, and especially in big cities, but why are some areas more at risk than others? The police call these danger zones “crime hotspots”, and try to focus their resources in these locations. They’re usually successful in reducing the number of crimes committed in a hotspot, but it can sometimes end up increasing crime elsewhere. Mathematicians have analysed how crime hotspots come together and move about, revealing some hotspots are harder to cool than others. 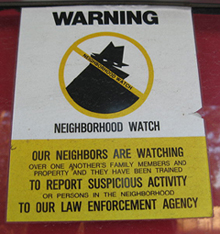 Just as bees will seek out the gardens with the most flowers, criminals are attracted to certain areas more than others. Broken windows and walls covered in graffiti are an invitation to would-be criminals, advertising that this neighbourhood is being neglected and makes an easy target. On the other hand, streets bristling with CCTV cameras that are constantly patrolled by the police are unlikely to get hit.

Looking at a map of a city, you can imagine that each point has a certain risk of crime that varies according to the nature of the area and the time of day. This risk is also related to the number of criminals in the area at any given moment and the way they behave. Surprisingly, most perpetrators look for opportunities fairly close to their home or workplace, rather than somewhere further away. They also like to revisit the location of a successful crime to have another go, leading to an increased risk in neighbouring areas.

Putting all these factors together, mathematicians at the University of California, Los Angeles, used reaction-diffusion equations to create a model showing how crime risk spreads. These equations describe the way different substances can interact or disperse, and have previously been used to explain how animals such as leopards get their spots. In this case the “substances” are the levels of criminals and crime risk in a particular area.

The model suggests that crimes are surrounded by an “area of influence” in which more crimes may be committed. If individual crimes are spread out so that these area don’t overlap, the overall level of crime in a city will be roughly the same wherever you are. A similar thing happens if each crime has a large area of influence – there’s so much overlap that the level of crime is constant. It’s only when just a few crimes overlap that hotspots begin to emerge. 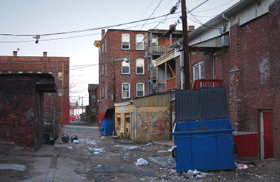 These hotspots fall into two distinct types. The first are called supercritical, and tend to occur when the background level of crime is low, and sudden crime spikes in a particular area stand out to form a hotspot. These hotspots typically represent a rise in crimes such as burglary or car theft. The other kind of hotspots are subcritical, formed when increasing crime creates overlapping areas of influence, such as when individuals dealing drugs on street corners turns into a full-blown drugs market.

The two types of hotspot respond to policing in different ways. Sending officers into a supercritical hotspot suppresses crime in that area, but the criminals just spread to the surrounding neighbourhoods, forming a “hot ring” of crime. When the police leave, the criminals move back in and crime levels shoot back up. The opposite is true of subcritical hotspots though, as police presence will cut down the crime level permanently and criminals won’t simply try their luck elsewhere.

Police departments are used to plotting crimes on a map in order to hunt for patterns, but only this kind of mathematical analysis can reveal the difference between hotspots. Further research could eventually help the police apply specific crime-fighting strategies to different hotspots, and find the best way to keep the streets safe.