Home Articles What day is it?

What day is it?

Ever wondered why February is the shortest month? Or why we need to have leap years? The story of the calendar stretches back from the modern age to the earliest years of human history, when ancient mathematicians created a system to organise the passing days, months, and years.

The dawn of time

People living thousands of years ago didn’t have clocks or computers to tell them what day it was, so instead they used the natural world around them to track the passage of time. The Sun rises and sets in a cycle that repeats every 24 hours, making it an obvious choice for marking each day as it goes by. For longer time periods of time many early civilisations turned to the phases of the Moon. The cycle of full Moon and new Moon repeats about every 29.5 days, which is where our months come from. 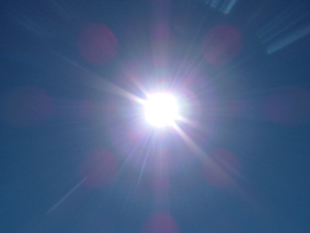 Months aren’t enough to create a calendar though. The change from the cold months of winter to the warm months of spring make another cycle, one that is very important when it comes to growing food. Farmers needed to know the right months to plant seeds and harvest crops, and that meant going back to the Sun.

Ancient civilizations like the Greeks and the Egyptians believed that gods named Helios and Ra carried the Sun across the sky everyday in its journey around the Earth, and it wasn’t until much later that people realised it’s actually the Earth that orbits the Sun. Even with this mistake they knew that the position of the Sun changes over time to make the seasons in a cycle lasting around 365.25 days, a solar year.

The three cycles of the rising and setting Sun, the phases of the Moon, and the changing seasons give us the building blocks of every calendar, the days, months, and years. There’s just one problem – they don’t add up! The numbers 24, 29.5 and 365.25 don’t divide each other exactly, so people throughout the ages have struggled to fit all three neatly into the same calendar.

Calendars through the ages

Ancient Babylonians had 12 months of either 29 or 30 days, which fit well with the 29.5 day cycle of the Moon, but caused problems in the long run. The Babylonian year was only (6 x 29) + (6 x 30) = 354 days long, making it 11 days shorter than the solar year, and over time their calendar drifted away from the Earth’s natural seasons. 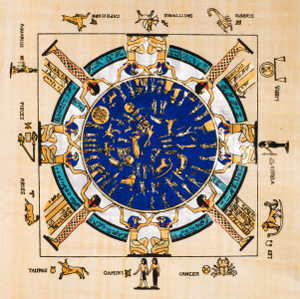 The Egyptians solved the problem by using 12 months that were all 30 days long and adding an extra 5 days at the end of the year to make the full 365. The system was eventually adopted by the Romans, who had been using a calendar with only 10 months of 30 or 31 days. Their old calendar ran from March to December, with the remaining days treated as an unnamed winter period. We still use many of their names for the months: September, October, November and December all come from the Roman words for 7, 8, 9 and 10.

To make a 12 month solar calendar in line with the Egyptians the Romans added January and February, which explains why February is the shortest month – there weren’t enough days left in the year to give it the full 30 or 31. The tinkering continued, with the start of the year shifting to January and Julius Caesar eventually added leap years to make the calendar even more accurate. An extra day every 4 years meant the average year was 365.25 days long, bringing the “Julian” calendar much closer to the movement of the Sun.

Unfortunately, the solar year doesn’t last exactly 365.25 days – it’s about 11 minutes shorter! A small amount but it adds up, causing the calendar to drift by one day every 130 years or so. By the time of Pope Gregory XIII in the mid 16th century, the Julian calendar was out by 10 days. In 1582 the Pope ruled that October 5th would become October 15th, and that years divisible by 100 would not be leap years unless they were also divisible by 400. This small correction meant that 1600 and 2000 were leap years, but 1700, 1800 and 1900 weren’t, and sorted out the 11 minute difference.

The “Gregorian” calendar works very well and we still use it today, but with one tiny change. In the 1970s astronomers realised that the Earth’s rotation is actually slowing down by a tiny amount each year, causing the days to get just a little bit longer. To bring time back in line, they created the “leap second”, an extra second that gets added to June 30th or December 31st in some years. An international group of astronomers carefully track changes in the Earth’s rotation, and announce whenever a leap second is needed. The last one was at the end of 2008. While people celebrated New Year’s Eve, the official midnight count went 58…59…60…00, before continuing as usual. And you probably didn’t even notice!