We use a “decimal system” to write down numbers. The word “decimal” derives from the Greek word for ten, and our system is based on the number ten: every positive whole number can be written down using the ten symbols 0, 1, 2, 3, 4, 5, 6, 7, 8 and 9. With the additional help of the minus sign and the decimal point, we can write down any number at all, as accurately as we want.

It’s obviously important to understand the way numbers are written down, because they appear in every aspect of our lives. But aren’t decimals enough? Why bother with fractions and percentages — or even binary notation? 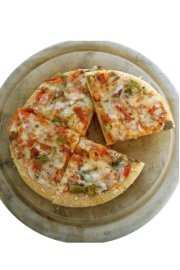 The answer to this question is that although a number written in decimal gives us information about its size, it does not tell us anything about proportion. If I tell you, for example, that 10,000 people in a certain town have signed a petition to have a new hospital built, then this tells you nothing about whether or not the majority of people want a new hospital. It all depends on how many people there are in total.

If, on the other hand, I had told you that 3/4 or 75% of the people signed the petition, things would have been much clearer. When you hear “three quarters” you immediately think of a pie divided up into four equal pieces – three of these pieces together make up quite a sizeable share of the pie, and you would have known that a good majority of the people want the new hospital. “Per cent” is Latin for “out of a hundred”. If you imagine 100 people lined up and 75 of them sticking their hand up, you get a good idea of the proportion of the people that want a hospital. 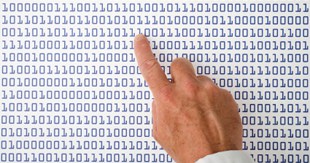 If you are dealing with computers, you will need yet another way of writing numbers, called binary notation.
As you may know, computers represent everything as a string of 0’s and 1’s. This is because computers work on electrical impulses, and there are only two possibilities: you can either give an electrical impulse, which the computer translates into a “1”, or not give it, which will be expressed by a “0”.

In our decimal notation, everything is based on the number 10 and its powers: there are 10 symbols for the numbers between 0 and 9, and if we want to express a number larger than this, we do this by putting each symbol into a special position: in the number 3,490, the “3” does not stand for “3” but for “3 thousand”.
In a similar way, there are only two symbols, 0 and 1, in binary notation, and everything is based on the powers of 2.

Most of us will one day borrow money, for a house or a car, or to pay for university or another type of training. Some will be lucky enough to have spare money to invest, and will have to work out which investment is likely to be the most profitable. And all these calculations involve percentages.

Absolutely everything practical in our lives involves measurement and the idea of proportion. When you are cooking, getting the proportion between the ingredients right is absolutely essential if you don’t want to poison your guests. Many materials used to repair or build things, like plaster or certain glues, are made up of various components that need to be mixed in the right proportions. Music is also based on proportion. You can tune an acoustic instrument just using your ear, but when you are dealing with computer music software it helps a lot to understand fractions.

In short, there’s no getting away from decimals, fractions and percentages. Understanding them is as essential as knowing how to read.