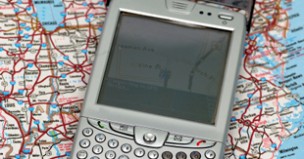 We all need to know how to get around, and with GPS devices being integrated into cars, mobile phones and even watches, navigation is easier than ever before. It’s only been in the past 10 years that most people have been able to use GPS though, because prior to the year 2000 the system was restricted to military use only. Before GPS was opened up to the general public, we had to rely on a number of other navigation systems – all of which are powered by maths.

The GPS of the Middle Ages was the magnetic compass, which explorers could use to find the direction of magnetic north. All they needed to find their location was a clock, a sextant, and a clear sky. The sextant was a funny looking mechanical device used to measure the angles of the Sun, Moon or stars relative to the horizon and magnetic north. With the day of the year, the time of day, and of course, some maths, sailors could work out their precise latitude and longitude. The geometry that you learn at school, Kepler’s laws of planetary motion and a little bit of calculus are all that you really need. 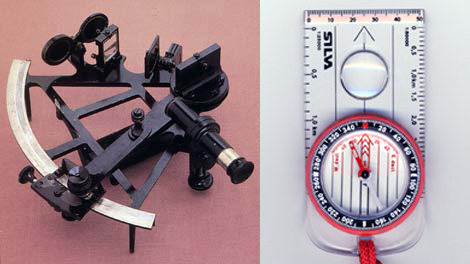 The GPS satellites that power your sat-nav are the modern equivalents of the Sun, Moon and stars. A GPS receiver replaces both the sextant and the clock, but the maths and laws of motion are still needed as part of the software programmed into the GPS systems. Don’t think that our modern systems are flawless though – a navigation system is useless if it isn’t reliable, and GPS isn’t perfect.

In some situations, especially in built up areas, buildings and hills can block GPS signals, and if a receiver is unable to “see” a sufficient number of satellites, it can’t calculate its position. Reliability is also questionable if the signals transmitted by individual satellites start to fail. At certain times of the year, GPS reception can be severely disrupted by radiation from sunspot activity. These problems can usually be detected automatically to alert users, but safety may be at risk unless alternative navigation systems are available to supplement the GPS.

One alternative system is inertial navigation, which works independently of any terrestrial or space based transmitters. It uses a combination of gyroscopes and accelerometers, along with Newton’s laws of motion, to determine any change in location – a process known as “dead reckoning”. When this is integrated with GPS it increases reliability significantly, because the “dead reckoning” continues to supply position information during periods when the GPS is unavailable. Maths is fundamental to the design of inertial navigation systems, in particular Newton’s laws of motion and the solutions of differential equations.

Before the appearance of GPS, inertial navigation systems were important for transcontinental travel, providing continuous navigation data to both aircraft and ships. Inertial systems are also essential for space travel, as GPS only works on Earth. Inertial systems have been used to land on the Moon and send probes to all of the planets in our solar system, and explorations even further into space will depend even more on inertial navigation and the gravitation effects of the planets. A good understanding of geometry, Newton’s laws of motion and Kepler’s laws of planetary motion will be essential for any successful journey to planets in other solar systems.

Omega and Loran are two other types of navigation system that can be integrated with GPS to improve its reliability. These systems were developed before GPS, but they work in a similar way. Terrestrial transmitters are placed at key locations around the globe and transmit known signals in a similar way to GPS satellites. The receiver uses the signal timing from at least three transmitters to deduce its distance relative to each. Since the locations of the transmitters are known, a unique receiver location can be estimated from these distances using triangulation, a process derived from geometry.

Before GPS was available an inertial navigation system supplemented by Loran or Omega was used for long-range air travel, but the accuracy was inadequate for the critical landing stage, especially in poor weather conditions. To ensure safe landing in poor visibility, airports were equipped with an instrument landing system (ILS), which is based on two intersecting radio beams modulated with different frequencies. The pilot knows the aircraft is correctly aligned with the runway when they receive the same strength signal from both beams. To achieve this, the aircraft controls are adjusted using feedback from the ILS receiver. Feedback systems such as this are designed using a branch of maths known as control theory, which formalises methods used to solve differential equations.

All of the systems mentioned so far are passive, meaning the equipment doesn’t need to transmit a signals in order to calculate its position. In contrast, systems such as radar and sonar are active because they transmit known signals and then measure the time delay of any returning echoes from objects that reflect them. 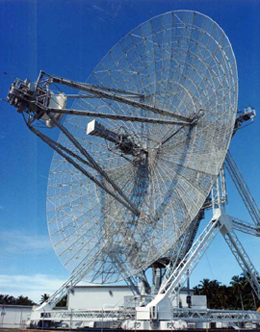 Radar involves a transceiver and a rotating antenna. It emits a pulsed signal at intervals and measures the time delay of any echoes. The time it takes for a signal to travel to an object then be reflected and travel back again is proportional to the distance of object from the radar. Since the direction of the transmitted signal is also known, a radar map of the surrounding area can be constructed using simple geometry.

Ships and aeroplanes use radar to continuously determine the location of other craft in the vicinity. If a digitised geographical map of the surrounding area is matched up with the radar map, individual radar echoes can be directly related to particular geographic features. This technique is used to help the pilots of low flying military aircraft operate in mountainous areas and avoid crashing into hillsides.

Maths is fundamental to the design and development of all of these navigation systems. They use many different branches of maths, but particularly geometry, algebra, calculus, and probability. The navigation industry employs people who are qualified in a wide variety of different disciplines, including maths, physics, space science, and many kinds of engineering, providing many opportunities for an exciting, interesting, varied and well-paid career.