Home Articles Is it ever ‘only a game’?

After the second world war the world was left in a precarious state. Two superpowers were jockeying for position, and the stakes were nothing less than world-wide nuclear destruction. A wrong move was not an option, and a branch of mathematics called game theory was developed to study how individuals could best choose their actions. Whether it helped the Cold War end peacefully is debatable, but game theory has proved useful in many different fields today. Studying motives and payoffs applies not just to traditional games, but also strategic decisions in economics and business.

What are the rules, and what’s the best strategy to win? Does it matter what other people do? What are they going to do? Can everyone be a winner, or is any gain going to be at the expense of others? These are the sort of questions which game theorists consider.

In an economic context, the agents making the choices will be companies or even whole countries. Companies are in direct competition and, while they know what their competitors might do there’s no way of knowing what they will do – just the situation game theory was designed for.

Here’s a simple example of a set-up addressed by game theory. There are two rival companies, and one of them is considering launching a new product with a splashy ad campaign which will cost £10 million. But if they do this, they run the risk that the other company might respond with a campaign of their own. With two big ads running at the same time, the campaign will have less influence on consumers.

The options for both companies can be shown in a table called a ‘decision matrix’. This is shows the results of choices by either company and how they are affected by what the other one does. Profits for Company 1 are shown in red and Company 2 shown in blue.

The numbers give the profits that Company 1 and Company 2 respectively would make if they picked that column or row. You can see that both companies would do best if they were the only one running a campaign, and would lose the most if they were the only one not advertising. But the second best option is that neither one campaigns – then profits are split equally between the two. If they both advertise, they make the same money, less the cost of the ad campaign. Which option do they pick? 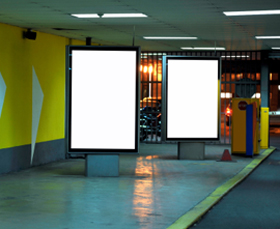 When Company 1 is trying to choose whether or not to advertise. They look at the options and see that if they advertise, the least they’ll make is 90 mil. However, if they don’t advertise, profits could drop to 80 million. Since they don’t know what Company 2 will do, they’re best off choosing the option which is safest – advertising.

Company 2, though, also has this matrix, and can see that they are also safest to advertise – they avoid the loss of being the only one without an ad campaign. So independently, both companies will end up with competing ad campaigns and 10 mil less than if they had both agreed not to advertise.

This kind of analysis is a branch of decision maths. It’s used by strategists all over the place, for product pricing , auctions and even negotiating jail terms.

More general information can be found at: gametheory.net