Celebrating Pi Day: Johann Lambert, a forgotten hero in the story of Pi

Pi Day is celebrated around the world on the 14th of March each year. The reason for this is that the 14th March is written in the U.S. as 3.14 – the first three digits of

. While Pi Day might be a human invention, it is also a wonderful excuse to learn more about one of the most intriguing and spectacular numbers in the universe. To celebrate Pi Day this year we look at the story of Johann Lambert, a mathematician who provided one of the most important pieces of the puzzle in our understanding about

Lambert was a Swiss mathematician born in 1777 who rose from a humble background to become a great mathematician. As the son of a tailor, he left school at the age of 12 to take up work in the tailoring business. In his spare time in the evenings he continued his studies – learning about mathematics, physics and astronomy. This eventually meant that he could become a tutor in the house of a local Count and from there his extraordinary abilities were eventually noticed and he became a Professor of Astronomy.

While Lambert made many discoveries in astronomy and physics in his lifetime, he will always be best known for what he discovered about

which is roughly equal to 3.14159 …  This amazing fact is true for every circle in the universe, however it is only one of a number of incredible facts about

You have probably heard that if you write down

, it will go on forever without any repeating pattern:

This type of number is called an irrational number – it is a number which cannot be written down as a fraction and never ends when you start writing down its decimal expansion.

But how do we know that

is irrational and that it won’t end after a million, billion or even trillion digits? This was the extraordinary question which Lambert answered when he proved for certain that

is irrational. You will find at the end of this article an overview of Lambert’s proof. 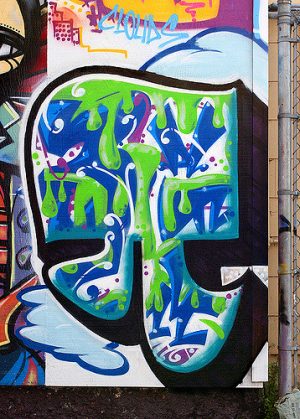 is what is known as a transcendental number. He didn’t manage to prove this fact – but it was eventually proved correct in 1882 by Carl von Lindemann. It was nonetheless a spectacular insight for Lambert to have spotted that

So what is a transcendental number? Well, if we look at quadratic equations which have whole number or fractional coefficients such as:

is irrational but also to tell the world that

is a transcendental number.

Remarkably if you look in the never ending digits of

you will be able to find any sequence of numbers, including your own birthday.  Unfortunately Johann Lambert’s birthday appears at over 2 million digits into

, whereas someone born on the 1/5/92 would only have to wait a few digits to find their birthday hidden inside

. Why not look for your own birthday at www.mypiday.com

How did Lambert manage to prove that

is irrational?  Here is a brief technical overview.

First of all Lambert proved the fact that:

is rational and not zero, then this means that

In our case we have: 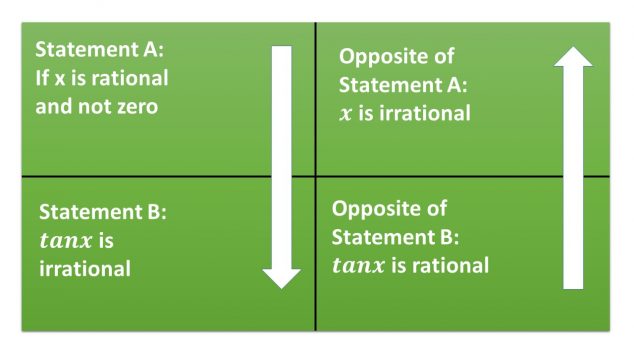 is rational then it implies that

It was already known that

is rational and equal to 1, therefore

must be irrational, and therefore

is irrational. Lambert had finally proved for certain that