Banking isn’t about keeping stuff safe in a vault. Money isn’t about gold, or silver, or even really valuable metals like platinum. It hasn’t been about that for over 400 years, when merchants realised that sitting in coffee shops swapping pieces of paper with trusted business partners was a lot less stressful, and featured less scurvy, than shipping things around. Banking is actually about how intangibles interact – trust, credibility, rights to buy or sell. And quantifying abstract concepts is definitely a speciality of mathematicians. 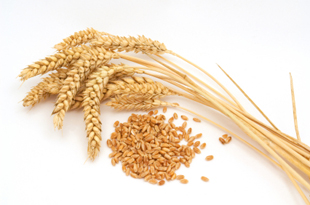 While we’re dealing in things that aren’t actually there, why stop at things that aren’t actually there at the moment? Traders started to make agreements about their deals in the future. These can be used to avoid risk. For example, a farmer might agree to sell his wheat for a certain unit price, and then he is guaranteed to make a certain amount of money on his harvest, regardless of the price of wheat on the market. On the other hand, it can also be used for speculating. A banker may think that the price of wheat at harvest time will rise higher than the price she has agreed to pay the farmer. If she’s right, she’s in possession of a load of cheap wheat, which she can sell on at current market prices and make a profit.

Both the ideas of offsetting the risk of investment or taking a chance to make big money were very tempting to the banking industry. Soon a whole zoo of concepts like this were available to buy and trade in their own right. People could:

Wherever there’s risk and high values, people try to figure out how things work to make the best choices possible. That means using maths.

These financial tools are known collectively as derivatives, because they ‘derive from’ changes in something else. This is just like the differentials you study in class that may represent changes in gradient or speed. In fact, financial derivatives could make calculus the most profitable thing you ever learn. Salaries for people working with mathematical financial products are counted in the hundreds of thousands.

Academics and financial mathematicians have developed mathematical models and equations that help investors figure out how to price derivatives. They also study the costs and returns of different stocks and derivatives, working on ways to buy selections of assets that give the desired return for the minimum risk. Of course, there is always risk involved in speculation, but investors can insure themselves against that. Insurance firms use the same people to work out what the premiums should be. 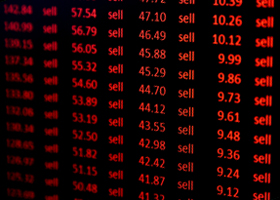 Models and equations for dealing with financial markets present challenging intellectual problems for mathematicians, many of which remain unsolved. Previous economic collapses announced themselves with market behaviour, which the models simply couldn’t account for – prices were doing things for days in a row that the models predicted would happen once in the lifetime of the universe. Although the financial system has got back on track each time, the suspicion lurks in the minds of many traders that the models are just wrong. In an economic system built on intangible things, a way of valuing them is essential if things are to hold together. The financial mathematics world needs new theories, new models, and new blood to save it. Could it be you?