Solving crime with science and maths

Have you ever watched TV programmes like CSI or Bones and wondered how a real crime lab works? Forensic scientists use their knowledge of biology and chemistry to help police solve crimes, but they also need a solid understanding of maths. Investigative techniques such as DNA profiling and fingerprint identification rely on statistics and equations to bring criminals to justice, and a single mistake in the maths could mean the wrong person goes to jail. 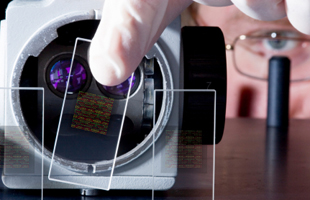 Compared to other forensic techniques, DNA profiling was invented quite recently. We all have a DNA sequence that describes our genetic make-up, and 99.9% of your own sequence is identical to every other human being. In 1984, a British geneticist called Alec Jeffreys realised that by examining the differences in the other 0.1% cent of a DNA sample, he could identify the person it had come from.

At first, Jeffreys used his work to help keep families together. The Home Office wanted to deport children suspected of being illegal immigrants, but Jeffreys’ DNA test proved they were full members of their family and entitled to British citizenship.

A few years later, the police realised the power of DNA fingerprinting and asked Jeffreys to help in catching a serial murderer and rapist. A man named Richard Buckland had confessed to one murder but refused to admit another. Jeffreys showed that Buckland was innocent, and later caught the real perpetrator, Colin Pitchfork. Since then his DNA discovery has led to the conviction of a vast number of criminals, but it can also be dangerous in the hands of people who don’t understand probability. 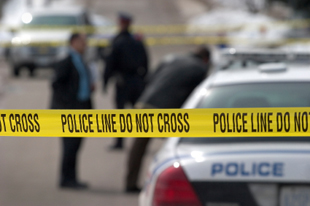 A mathematical proof of guilt?

Imagine you’re on the jury for a high-profile murder case. There were no witnesses to the crime, but police found DNA evidence in the surrounding area and have matched it to a man who lives locally, Mr Smith.

‘Consider this, ladies and gentlemen of the jury’, says the prosecution lawyer. ‘The probability of a DNA match is 1 in 10 million. With odds like that, Mr Smith must be guilty’. It’s up to you and the other jurors to decide Mr Smith’s fate. What do you do?

Most people would probably agree with the prosecution lawyer and convict Mr Smith, but they’d be wrong to convict on the DNA evidence alone. The lawyer has failed to understand a crucial part of forensic science – conditional probability.

The lawyer has confused this for P(A|B), which is the probability that Mr Smith is innocent given that his DNA matches. Forensic science doesn’t give us this probability because it depends on whether Mr Smith is actually innocent or not, and of course we don’t know that – it’s the whole point of the trial!

This mathematical mistake is known as the prosecutor’s fallacy, and innocent people have gone to jail because of it. In 1999 a woman named Sally Clark was convicted of murdering her two babies after paediatrician Sir Roy Meadow claimed there was a 1 in 73 million chance that the children died naturally. He got his maths wrong, and she paid the price. You can read more about the case and the maths behind it at Plus magazine.