How many DVDs will you buy this year? That’s probably got a lot to do with how much you’re into films, which ones are released, and if there’s anything else that you’re saving up for. But one important factor no matter what other things are going on is how much they cost.

A new film with the director’s cut and lots of extras might cost £30, but you probably wouldn’t buy many of these. However, if they were reduced to a more budget-friendly £20, you might be tempted to buy a couple. When the price hits £5, people are more inclined to take risks – they might take a chance on a couple of film they thought looked interesting, and buy several. Generally, the cheaper something is, the more of them people will buy. This is plotted on a graph as a ‘demand curve’ (okay, this one is actually a straight line, but it can sometimes be curved) relating the two variables of price and quantity bought. 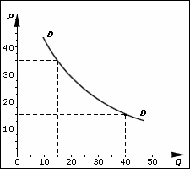 What if you decide you want to sell some of your DVDs? Some will sell for more money than others, if they’re very new or a limited edition. This is because people want more copies than there are around, so they are prepared to pay more for them. On the other hand if you’re trying to sell a really old film which most people have already seen, or even own themselves, you won’t make very much money. This is because there are lots of people trying to sell the same thing, so buyers can shop around and find cheaper prices. We can plot an equivalent graph showing how the price DVDs are selling for is affected by how many of them there are around. This is called a ‘supply curve’, and it is plotted on the same axes as the demand curve above. 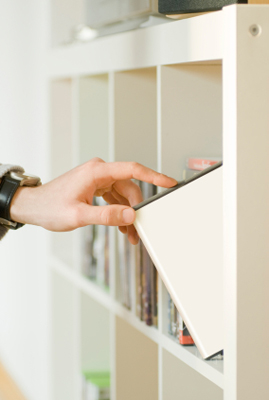 It seems like supply and demand ought to be related: the amount of things people buy depends on how much they cost, and how much they cost depends on how many of them people want to buy. Suppliers would prefer to sell a few items at a higher price, while customers would prefer lots of items at a lower price. What compromise is reached? Because the lines representing supply and demand deal with the same variables, we can plot them on the same graph. They cross at the point of price equilibrium: where supply is equal to demand.

form the theory of supply and demand, which is a cornerstone of economic theory. Economists and business advisors use these sort of principles to look at how individual businesses can make a profit and how countries can stabilize their economies, just to name two. If you want to make money, you’ll need to understand supply, demand, and their relationship.