Home Articles What time is it? From sundials to atomic clocks

What time is it? From sundials to atomic clocks

Time. We always seem to have either too little or too much of it. In the modern information age many things from the internet to GPS require knowledge of the time down to the tiniest fractions of a second, but that hasn’t always been possible. On the journey from sundials to atomic clocks mathematicians have always had their eye on the time.

One of the most primitive ways of telling the time is to use a simple sundial – an upright stick placed in the ground to cast an ever-changing shadow as the Sun sails across the sky. However, there is a problem: the Earth’s axis is tilted, giving us the seasons. In the summer the Sun is much higher in the sky than in the winter. This means that at say 2pm in December, the shadow is cast at a different angle than 2pm in June. 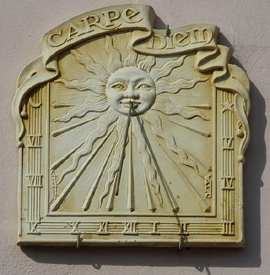 The problem was solved by ancient Arab mathematicians. They came up with the ingenious, but simple, solution of tilting the stick over parallel to the Earth’s axis. This means that the shadow is cast at the same angle every day of the year (see this webpage for a good animation showing this).

However, with the advent of clocks, sundials became obsolete. Each town would keep their time on their own town hall clock, set to noon when the Sun reached the height of its sky-climb. But the railways changed everything. Imagine a train journey across England from Plymouth to Ipswich. Because Ipswich is further East, the sun reaches the top of its climb there before it does in Plymouth. We can see this mathematically.

The entire globe spans 360º and spins once in 24 hours or 1440 minutes – for each degree you travel around the world, the time changes by 4 minutes (1440 divided by 360). Plymouth and Ipswich are roughly 5º – or 20 minutes – apart. If you measure time by the Sun then when it is noon in Ipswich it is only 11:40 in Plymouth. Whose time do you use in train timetables to avoid the potential deadly situation of two trains being on the same track at the same time?

The solution was to set the whole country’s clocks the same, irrespective of their local time determined by the Sun. Beginning in the 1830s, it was decided to use Greenwich Mean Time (GMT) – it was noon in the whole of Britain when it was noon in the courtyard of the Royal Observatory in Greenwich, London. When international communication and travel became more frequent the same problems arose and GMT was selected as the standard for the world time zone
system in 1883.

But today is very different from the 1880s – the internet, GPS navigation and air travel all require extremely accurate time, often down to tiny fractions of a second. Yet before the 1960s, the length of a second wasn’t truly fixed. The second used to be defined as a fraction of the day – 1/86400th of the time it takes for the Earth to spin once 1/(24×60×60). However, no two days are the same length. Overall the Earth is slowing down due to the influence of our Moon, but changes in the strength and direction of winds can also speed up or slow down our planet. Earthquakes, such as the Chilean earthquake of February 2010, can have an effect too. In that case the day was extended by 1.26 millionths of a second. The Earth’s rotation is just not regular enough to be relied on for modern timekeeping. 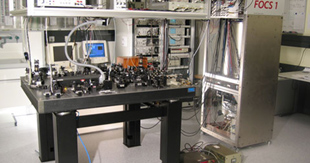 So in 1967 the rotation of the Earth and the apparent motion of the Sun, as used in early sundials, were dropped from the definition of a second – atomic clocks become the chaperones of time. These timepieces, which rely on the chemical element caesium, are so accurate they keep time to within a second over a 300 million year period. 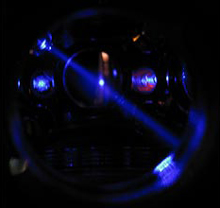 So the simple question of “what time is it?” started with a stick in the ground and is currently answered by closely observing the inner workings of caesium atoms. Having removed the Earth from the equation, mathematicians and physicists are working on the next step: optical clocks. These machines won’t lose a single second of time in 3.7 billion years!

What is time?
Newton thought it was absolute, Einstein thought it was relative, and today some people think it doesn’t exist at all. So what exactly is time? Plus magazine has published a package of articles and podcasts exploring the nature of time, including contributions from Paul Davies, Kip Thorne and John D. Barrow: