The whale family contains some of the most intelligent and complicated creatures on the planet. Whales are known to teach and learn, as well as cooperate and grieve. However, during the 20th century they were also considered an excellent source of resources and were hunted in their thousands for their oil, bone and meat. Up to 99 per cent of the blue whale population was wiped out. A huge effort is now being made to protect these majestic creatures and conservationists are using maths and statistics to work out how many whales are left, and where they are.

Current figures on whale populations have a very large range. For example, it’s thought there are between 5000 and 12,000 blue whales worldwide. Knowing more accurately how many whales of each species remain is important for managing conservation. Of course, counting individual whales is impossible, due to their small numbers and the vastness of their territories. Instead researchers record the number of whales in a small area – a sample – and use statistics to work out how many whales there may be in total. 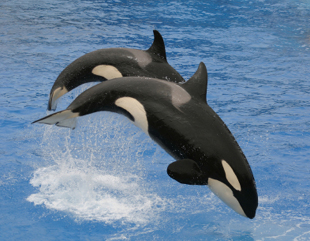 One method of counting is to travel in a straight line and record the number of whales spotted during that journey. However, whales may be attracted to, or put off by, boats, which can lead to the estimate for the whole population being too high or too low. Also, not all the whales may be seen. An alternative is to count the number of whales passing a single point during migration. This can also be uncertain because it might be difficult to record every whale that passes.

A more reliable method is the capture-mark-release technique. A number of whales are carefully ‘marked’ in some way so they will be recognised by the researchers if they are seen again. This can be done using a plastic tag, a paint marking, or by recording unique features like the shape of the tail. These whales are then released back into the population and left for long enough so that they mix back in with the rest of the population.

Because the researchers know how many whales they marked, and the numbers of whales of each type in the second sample, they can rearrange this equation to find the total number of whales. 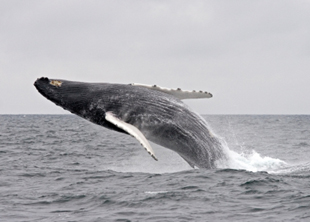 This method is still not foolproof. For example, some of the whales may lose their marks between the first and second samples, or they may be too clever to let themselves be caught twice. Statistics are used to recognise errors like this and allow for them. Statisticians are also developing new ways of figuring out the whole population from the small samples environmentalists can take. This type of maths is an essential part of an ecologist’s toolbox. The results that it gives make a real difference in conserving magnificent creatures and making sure they are not lost forever.

Blue Whales featured in the BBC’s Last Chance to See programme and you can get more information here.