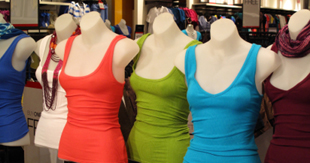 Maybe you like to shop around to get yourself the best clothing deals. Or maybe you save up to buy yourself expensive clothes. Whatever you think you’re paying, it may surprise you to know that only a quarter of it is spent on actually making the clothes. 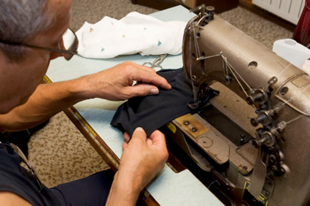 Most clothes are made in factories in countries such as China or Bangladesh. The cheap cost of labour in these countries means that putting together garments only costs a few tens of pence. Some clothing factories provide much needed employment to deprived areas, while others force workers to sweat 75-hours a week in factories for a fraction of a living wage. For cheapness, the raw materials probably come from yet another country. Once they are made the garments are shipped to the countries where they are sold, and taxed when they arrive. A wholesale warehouse is their next stop, where the high street retailers pick up their products, add on something called value added tax (VAT), which is the Government’s share, and sell them to you.

This is a typical price breakdown for a cotton shirt exported from Bangladesh.

No matter whether you’re paying £8 or £80 for your shirt, the workers who make it typically get one or two percent of the retail price. This means that often garment workers’ wages are well below living wages, even though living wages in some countries can be as low as 50p an hour.

Discount clothes companies claim that their prices are cheap because they lower the cost of running their shops, so they take a lower retail markup. But investigations have found that, while this may reduce the price a little, the biggest savings are made by employing cheap foreign workers. The retailers still make at least 300% profit on the basic cost of making the clothes. The cheap prices are because someone in Bangladesh is paying the price. 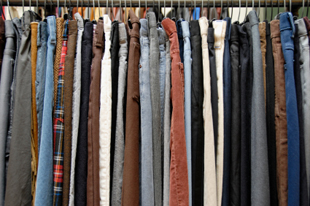 So how can you get clothes without someone else suffering? One way is to buy from certified fair trade suppliers, but this can be expensive. Buying clothes made in the UK is some guarantee of the workers receiving a decent living wage, and also means that freight costs and pollution are much lower. Buying second-hand or swapping clothes with your friends is an extremely eco-friendly and ethical way of getting new items for a tiny cost – with no blood, sweat or tears.