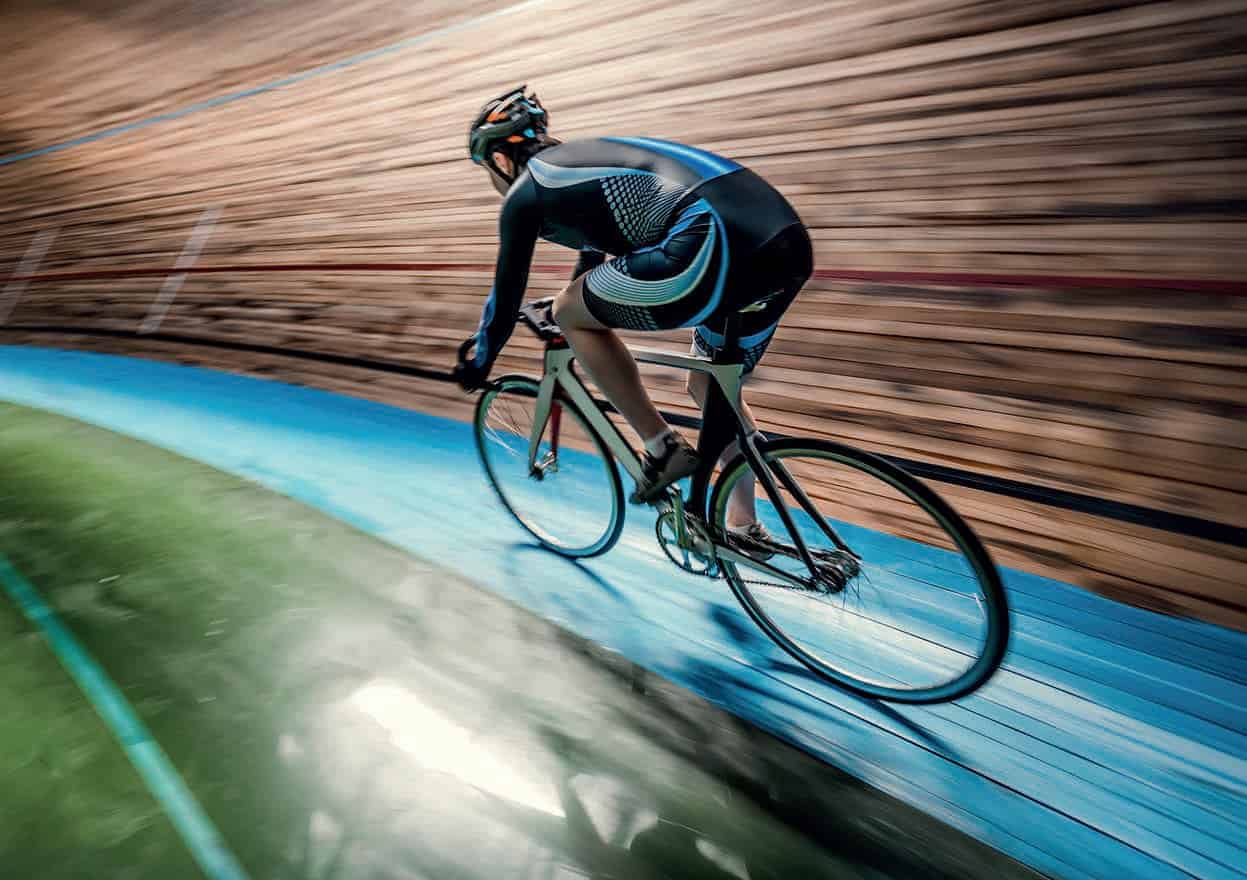 Team GB had a sensational summer at the 2016 Rio Olympics, bringing home a total of 12 cycling medals, double that of any other nation. This success is not only down to having the best riders in the world, but also because they ride the best bikes in the world. Having the best equipment is necessary because other teams are constantly improving their bike technology. In a sport where medals can be decided by margins as little as 0.001 seconds, any fractional improvement can be the difference between winning and losing.

Engineering researchers at the University of Bristol have been working with Team GB to help produce the next generation of track bikes, using applied mathematics to determine which modifications could result in an improved performance. Central to their work is the equation which relates the power output of a rider with their speed*:

= Frontal area of rider and bike;

= Mass of rider and bike;

= Speed (what the engineers want to maximise)

It is assumed that the power output of the rider cannot be altered – as most elite cyclists will already be producing their maximum power on the track. The engineers therefore looked to the right hand side of the equation to see which parameters could be adjusted up or down to lead to an increase in the speed (

) and also the frontal area (

However the research team found that by increasing the size of these components, what is known as the transmission efficiency (

) increased. Team GB cyclists went on to use the new bikes at Rio 2016 – breaking two world records and proving their worth on the track.

*Note that this equation is for straight, level cycling with no wind and no acceleration