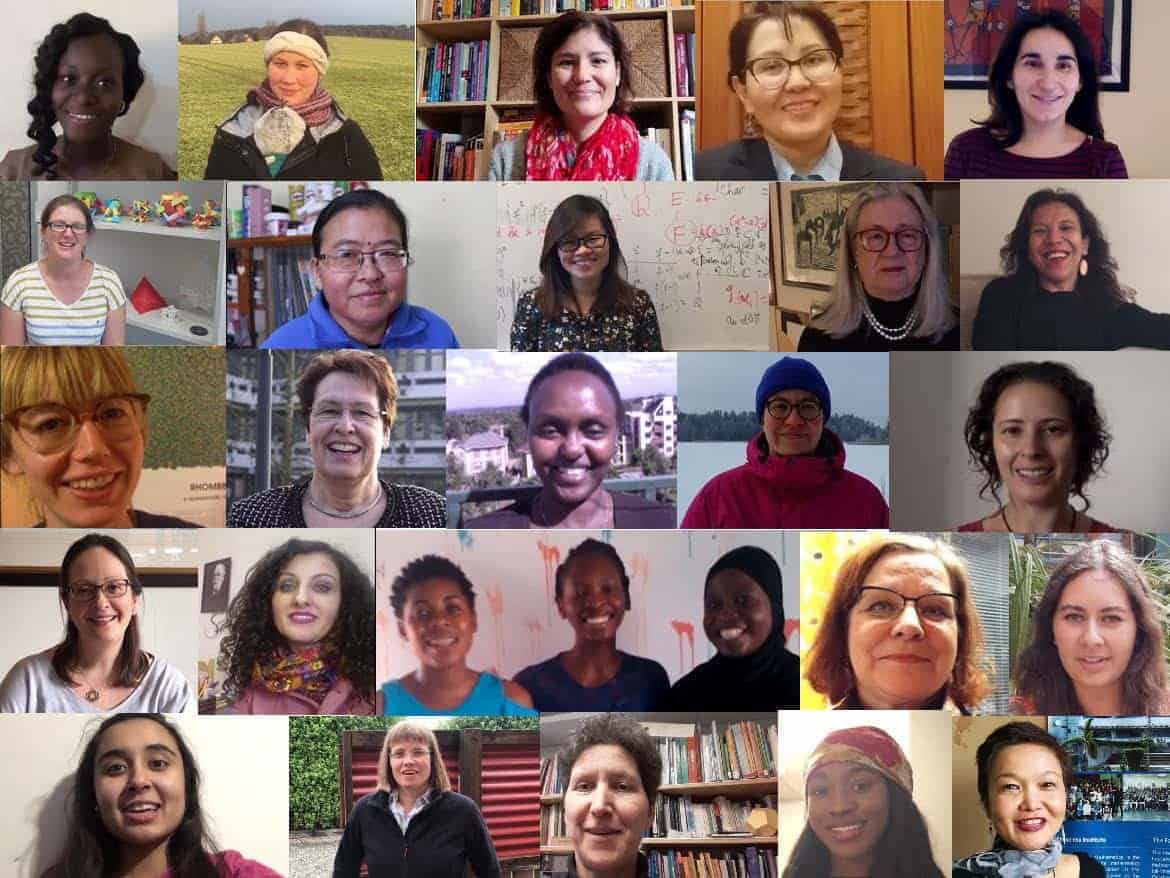 A mathematician from Loughborough University and her filmmaker sister have produced a short film for International Women’s Day this year featuring cameos by women mathematicians around the globe.  Eugenie Hunsicker and Irina Linke were inspired by the work of the Committee for Women in Mathematics (CWM) of the International Mathematical Union, the global professional society supporting mathematicians and mathematics.  A request for selfie film clips was sent around the world through the CWM Ambassadors list, and resulted in a phenomenal response—146 clips of 243 women mathematicians from 36 different countries and speaking 31 different languages.

“We didn’t expect to get nearly as many people sending in their clips as we did–it’s been phenomenal, but busy as we’ve done it all in just over a month,” said Hunsicker.

“It also emphasises the international nature of mathematics,” added Linke.  “There are women in the film speaking Chinese in the US, Greek in the Netherlands.  There’s a clip of a Russian woman speaking Tatar in Germany; and in one single clip from the UK, Hebrew, Brazilian, German and English are spoken.

Hunsicker says she wanted the focus of the film to be on proud, strong women that are actively doing maths, but also wanted to emphasize that it’s not unusual for women to work in mathematics, “There are so many women everywhere that enjoy it and do it as a profession,” she said.  “This is also an opportunity for people to see images of strength and pride from developing countries. Yes it’s a film about women, but it’s also about expanding people’s ideas about countries that we often only hear about in the context of crisis.  I want that the next time people hear about Nigeria, Nepal or the Philippines, they think, `Oh, yeah, that is the place with all of those fantastic women mathematicians!’”