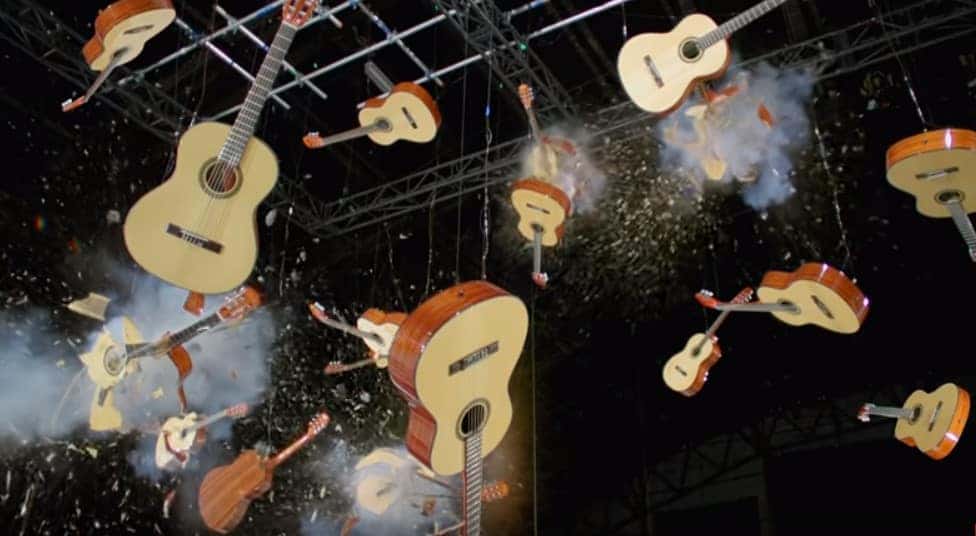 How can you use maths to produce a music video?

Home / How can you use maths to produce a music video?

The American rock band OK Go are best known for their unusual music videos, often shot in one continuous take. The video of their single Here it Goes Again became a YouTube hit, featuring the band doing a choreographed dance on treadmills, and reaching over 50 million views before it was reposted.

OK Go recently released a video explaining how maths helps them create their often mind-boggling videos. For some bands it is definitely all about the music, whereas with OK Go it seems to be all about making the most amazing and jaw dropping music videos possible.

Now take a look at this video of Damian Kulash, lead singer of OK Go talking about how they made One Moment, and how maths played a vital role.  Next time your teacher tells you about how mechanics is useful, you can remember this crazy music video and how Newton’s Laws of Gravity were used to calculate when it’s the right time to smash a container of beads.

OK Go certainly seem to be dedicated to making videos the old-school way – avoiding computer graphics or other digital wizardry. For other bands who prefer to computer animation, they will also be relying on the use of mathematics, as the whole film animation industry fundamentally relies on mathematics. Take a look at this article Maths goes to the movies to find out more about how mathematics is used to create special effects.