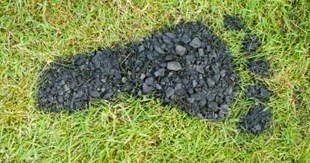 You hear the words ‘carbon footprint’ a lot at the moment. It’s a measure of the amount of pollution that is created by doing certain things; but why does that matter, and what does it actually mean?

Carbon dioxide, or CO2, is the ‘carbon’ in ‘carbon footprint’. CO2 is produced as a by-product of many chemical reactions – you’re breathing it out right now. It’s a gas that naturally forms part of the Earth’s atmosphere. In fact, it’s a major help in keeping the Earth warm enough to support life, acting like a greenhouse around the earth which helps stop heat escaping. 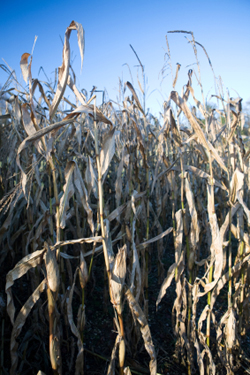 But you can have too much of a good thing. The level of carbon dioxide and other ‘greenhouse gases’ in the atmosphere is rising, and the Earth’s temperature is rising too. Scientists agree that the two things are related, and almost all think that human activity is causing the increase in CO2. As CO2 helps warm the earth, they expect the Earth to heat up by up to 2 degrees this century. This may not sound like much, but it’s enough to cause deserts to expand, crops to fail, and animal habitats to be destroyed. Even more worrying is the prospect of the ice caps melting, raising the sea level and flooding many coastal cities and low-lying islands.

A carbon footprint is just like any other footprint – the mark you leave behind you. In the case of carbon emissions, nearly everything you do leaves a mark. It might be obvious that when you burn fuel to travel, CO2 is released. But when you eat a packet of crisps, the fertilizer for the potatoes, the machine that harvested them, the factory that processed them, and the lorry that took them to the supermarket all contributed CO2 as well. Beefburgers are even worse: they still need fertilizer, packaging, harvest and transport too, but in addition the cows produce gas just by living. Here is a chart of how much carbon different foods produce.

Nowadays people are employed to assess carbon footprints and see how they could be reduced. These are environmental auditors, and they add up the amount of pollution which comes from each stage of the process to find the equivalent in CO2. This gives them a way of seeing which activities cause the most warming, and suggestions ways to cut down.

If we want to maintain the earth the way we like it, we need to stop producing so much greenhouse gas. Everything each one of us does contributes to the problem, so we need everyone to care and take action. We need to find what would be a safe amount of carbon to emit, and cut our global output to that level. We also need to split these rights fairly among different countries according to their needs. Putting numbers to the amount of carbon emitted is a start; in the next decades, we need to act on it.

To find your personal carbon footprint and what you can do to cut it down, try this carbon calculator.