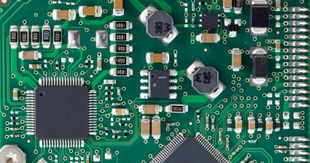 Logic is the basis of mathematical arguments and proofs. If you don’t follow logical rules you can end up ‘proving’ nonsense like 1 = 2. The study of logic can sometimes stray into the realms of philosophy and metaphysics, and mathematicians have even used logic to prove there are some mathematical questions that can never be answered.

Aside from pure theory, logic also has many practical uses. The electronics inside your computer, mobile phone, or mp3 player are all built on simple logic. The processors in these gadgets rely on electronic 1s and 0s called bits, combined with a few logical operations that can change the value of each bit. Processing circuits are built from ‘gates’ with names like AND, OR, and XOR, but despite their strange labels these gates follow logical rules.

Another branch of logic is ‘fuzzy’ logic. Nothing to do with cute, cuddly animals, but it can make computers more intelligent. Although processors might work with 1s and 0s, we all know that the real world doesn’t deal in absolutes. Fuzzy logic can provide the ‘shades of grey’ between 1 and 0, allowing computers to weigh up different inputs to come to a decision or deal with imprecise, noisy data. It’s used to control everything from cameras to cruise missiles.

There are many jobs using logic, mostly in developing software and designing computer chips. A maths degree combined with some ICT experience is a significant advantage for these types of jobs. To learn more about logic, check out these articles from Plus magazine.

Light bulbs and Boolean logic
Yutaka Nishiyama illuminates the connection between light bulbs, logic and binary arithmetic. An article from Plus Magazine.

Logic shows why some questions can never be answered
Article from Plus Magazine on the life and work of Kurt Gödel.