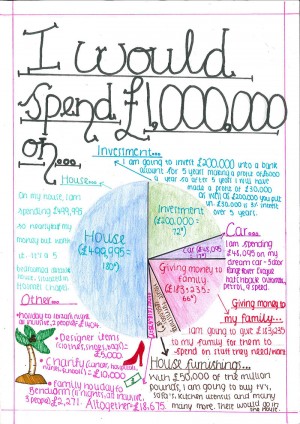 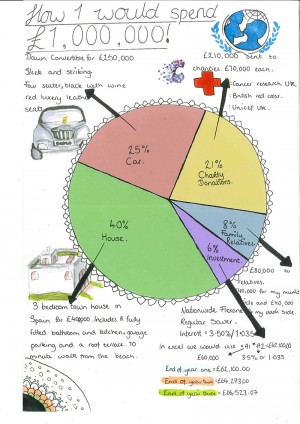 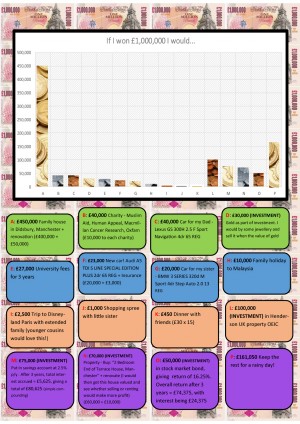 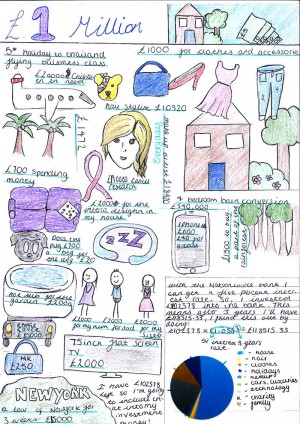 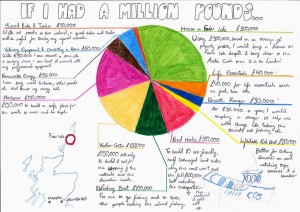 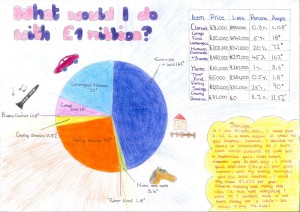 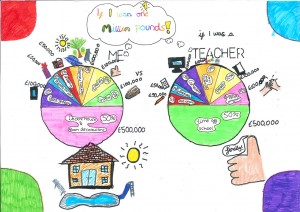 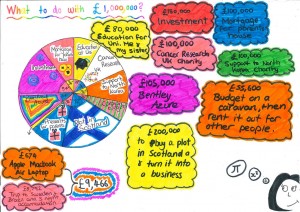 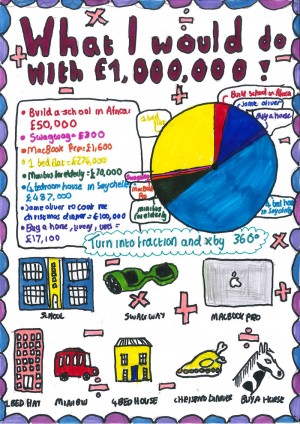 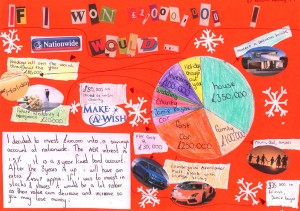 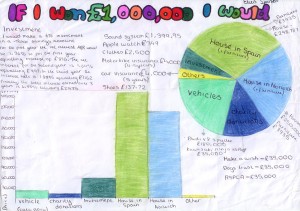 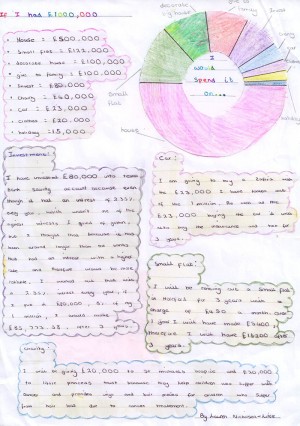 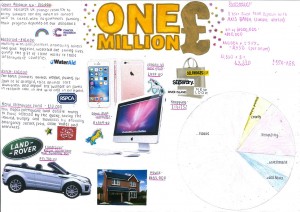 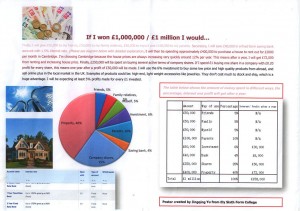 What would be the very first thing you would buy?  How would you spend the rest of the money?

IMA Maths Careers are working with the Citi Money Gallery at the British Museum and asking you to mathematically display how you would spend £1million.

Using the criteria below design an A4 poster showing how you would spend your money.

The winning posters from students aged 11-13, 14-16 and 17-19 will receive an Android tablet and family tickets to the latest exhibition at the British Museum (under 16s are entitled to free entry to exhibitions). There will also be five ‘highly commended’ certificates awarded in each group.

All winning and highly commended posters will be on display throughout March until 15th April 2016 at the British Museum, as well as being on the Maths Careers website.

For inspiration from examples through history, you could visit the Citi Money Gallery at the British Museum or go to britishmuseum.org/money.