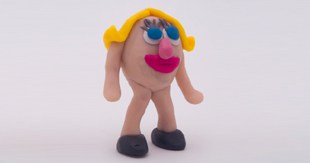 Would you like a job that involves handling car chases, dinosaurs, and spaceships? These are just some of the exciting things that a digital animator might make for films, television programmes, and video games. Maybe you’d prefer to put pen to paper as a traditional 2D animator, or get your hands dirty with a bit of claymation stop-motion? Whichever medium you work with, maths is an excellent addition to an animator’s toolkit.

Who do you think the biggest movie stars are? Brad Pitt? Ang 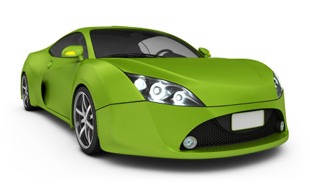 elina Jolie? The Hollywood couple have starred in over a hundred films, but neither of them compare to the humble triangle. That’s because triangles are the foundation of computer animation, and millions of them can appear in a single digitally altered scene.

It works like this. The director of the latest summer blockbuster comes to you and asks for a sequence in which the hero leaps from car to car along a busy motorway. ‘Easy’, you say. ‘It’s time to start building a model’. Your computer doesn’t really know what a car is – it only understands numbers. That’s not a problem though, because using maths you can create a triangular model of a car, or any 3D object, that the computer can then manipulate. The model is just a list of numbers describing the points (or vertices) of the triangles making up the car.

The more triangles you use, the more detailed the model will be. Think about trying to build a car out of just 10 triangles – it’s not going to look very realistic. Try thousands or millions of triangles however, and now you’re talking. That’s why computer graphics get better every year. More powerful PCs can deal with longer lists of numbers. With enough triangles you can build anything, and where there are triangles, there’s trigonometry. While you may use computer software to perform the calculations, knowing how the sine, cosine, and tangent functions work will help manipulate your digital car to get the look the director wants. That’s not all; vectors and imaginary numbers are also crucial for 3D animation. You can find out more by visiting Plus to learn the Maths behind the movies.

2D: Flat, but not forgotten

While 3D might be all the rage these days, there is still a demand for traditional 2D animation. Some 2D animators choose to draw directly into their computer, but many still use the conventional pen and paper methods. Either way, traditional animators rely on geometrical shapes to draw their characters, but unlike their 3D counterparts, they don’t just stick to triangles.

What begins as a collection of squares and circles can become a person, an animal, or just about anything. Animators then use mathematical skills of translation, rotation and enlargement to keep their characters looking consistent and get them moving about on screen.

The final type of animation is stop-motion. A stop-motion animator manipulates physical objects a little bit at a time, and then photographs them to create the illusion of movement. The popular Wallace & Gromit series is an example of stop-motion that uses clay models – hence the term ‘claymation’.

To make these films, every object and character is created by hand in miniature. The animators must all understand ratios so they can work at the same scale – otherwise, Wallace and Gromit might find themselves sitting down at a table twice their height, or hunting around for a miniscule piece of cheese! With a bit of maths these problems can be avoided and the duo are free to embark on another adventure.

Successful animators combine creative talent with technical ability. They might not sit around doing sums all day, but all types of animators rely on their mathematical skills and knowledge to help them create exciting films and video games.

Take a look at Skillset to find out more about the skills you need to be an animator.