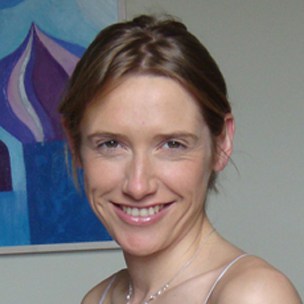 What influenced your career choice?

I wanted to do something which involved what I’d loved about maths and philosophy – abstract analysis and problem-solving. But I also wanted to do something which had practical consequences and involved the “real world” rather than somewhat theoretical discussions about the nature of reality! Law bridged the gap perfectly, since you need to think carefully about a set of complex rules to find a solution that will work for the client.

What do you do on an average day at work?
Intellectually, the work is really varied – primarily because the UK tax rules are so complicated. I might have to consider how a particular transaction that a client wants to carry out will be taxed – the UK now has the longest tax code in the world, so there’ll often be complex aspects of anything but the most straightforward deal. Or perhaps a company will be entering into a transaction and will want its interests protected, which will involve reviewing the documents with tax in mind and ensuring that’s the case. Alternatively, a client might be in dispute with HM Revenue & Customs, so we might be involved in taking the client’s case to court. So the work always involves a fair bit of thinking and careful analysis – in that respect, it’s quite similar to maths – but also involves much more. Clear communication with clients and colleagues is a vital part of the job – you need to keep in touch with the client so that they’re in a position to make the business decisions that the tax work affects and discuss your work with colleagues to test the analysis. And generally, clients and colleagues are nice and interesting, so fun to work with.

Which skills do you consider to be essential for your job?
The ability to analyse a problem in a logical and thorough way is key, as is the ability to concentrate on what some (possibly misguided) people might find a “dry” subject matter – both skills that mathematicians should have! It’s also important to be able to get on with people, and explain complex issues straightforwardly. You also need to be alive to the practical issues that affect a client’s business, which involves taking a realistic approach to the problem in hand, rather than thinking about it only in the abstract – one of the aspects that I find most satisfying is finding a solution that is theoretically robust but also workable in practice.

What do you like most about your job?
The intellectual satisfaction of spending time thinking carefully about and really getting to the bottom of a problem is great – there aren’t too many jobs which allow you to do that and pay you reasonably well for it!