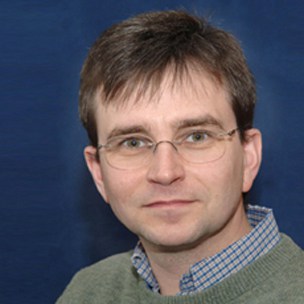 Number of years In current position: 8

I teach mathematics at a university. It’s not only the students reading for a maths degree whao need to know about mathematics, it’s also, students studying subjects like computer science and engineering, so I get to teach a wide range of maths to lots of different people.
As part of my job I also do research, and one of my interests is mathematical models of traffic flow. This sort of work makes use of a lot of different skills, such as trying to ‘boil’ the problem down to a set of equations, then thinking about how to solve the equations, (which sometimes means good old ‘pencil and paper’, and sometimes writing a computer program), and then thinking about whether the solutions we get make physical sense i.e. – does traffic actually behave in the way my model says they behave?  And if the answer is ‘no’ then how can I change my model to make it better?

I love the job I do. I get to teach maths, and play around with equations and solve problems. Both sides of the job can be challenging, but also both very rewarding. To get a job teaching maths at a university you need to do a PhD in the area, which is a further 3 years study on top of your undergraduate degree, so it is a bit of a long haul! However the thing about studying mathematics is that, because it pops up everywhere in science and engineering, having a maths degree opens lots of  career doors. So even if you don’t finish up where I did, there are still loads of opportunities.

I was initially drawn to maths because I was interested in physics, and to do physics I needed to know the ‘language’ that it is written in; and that language is mathematics. But maths isn’t just the language of physics, it turns out that it is the language underlying all of engineering and science. The word ‘language’ is a powerful one: Think of the whole world of novels, poems or newspapers which would be closed to you if you couldn’t read. Well, being able to speak the language of mathematics opens up a world which is just as big (no really!!). It is a world filled with things like quantum mechanics (the mathematics of atoms and particles), Einstein’s relativity (the mathematics of whole universes), socio-dynamics (the mathematics of social behaviour), financial mathematics (for predicting the stock market), digital image processing  (the mathematics behind your camera)… the list is a very long one, and all those books of knowledge are written in mathematics. It’s very rewarding to teach such a useful and universal language.