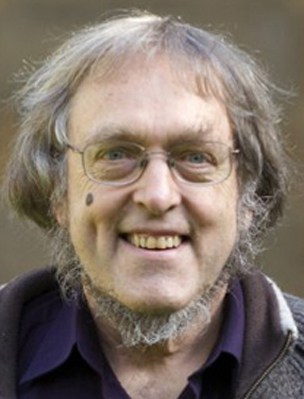 Acting, thinking creatively and travelling around the world might sound like the work of a Hollywood superstar, but guess again. Peter Cameron has been a professor of mathematics at Queen Mary, University of London for nearly 25 years, and his work researching and teaching mathematics lets him do all this and more. Jacob Aron, a writer for the Maths Careers website, talked to him about what it means to be a professional mathematician.

I’ve always been interested in numbers, ever since I was a small child. I grew up in Australia, and I didn’t realise that you could actually be a mathematician until I went to university to be interviewed, and I thought to myself “those people sitting on the other side of the table, they’re mathematicians, that’s their job, I could be one of those!” From that time on there was no doubt that was what I wanted to do, so I did my first degree there, got a scholarship that brought me to Britain, and I’ve stayed ever since.

Once you knew it was possible, why did you decide to become a mathematician?

Mathematics has always been the thing that I’ve most enjoyed doing, so the fact that people would actually pay you to do it is a real bonus. If I weren’t a mathematician I’m sure it would be my hobby, but the fact that somebody pays me to do my hobby, what could be better?

So what does a professional mathematician actually do?

Basically my job is teaching and research with a little bit of administration thrown in, though I try to minimise the bureaucracy as much as I can. The teaching goes all the way through from foundation level courses, up to masters level, or even PhD courses. Nobody tells me what to do research on, interesting problems come from all over the place and I never quite know from one day to the next what I’ll be working on.

What does mathematical research involve?

Do you work by yourself, or with other mathematicians?

When I started I did tend to sit in my own office and scribble away, but it’s become much more collaborative now. Many things have helped that – email, for example. When I started off in research I had some collaborators in other countries and the post might take two weeks to get from one of us to the other, and we’d both do the same thing and our letters would cross. We’re spared that now, long distance collaborations are much easier and a lot of my work gets done that way.

Do you ever travel to meet with people in other countries?

There’s a certain amount of travelling, I’ve had co-authors that I haven’t got round to meeting until several years after we wrote the paper, but more usually we do meet up face-to-face. However good email is, there’s nothing to replace actually sitting down and talking about the problem.

I’ve been to a wide range of places, most recently Australia and New Zealand, but I’ve been to Japan, India, Iran, the United States, Canada, Tunisia, all over. Where ever you go in the world, if you’re among mathematicians, you’re sort of part of the local community.

So working with other mathematicians is about talking through your ideas?

Yes, lots of mathematics is about communication now, I go to all these different parts of the world, but if I couldn’t communicate what I was doing to the people there, they wouldn’t be interested in having me visit.

There are a lot of things in the job of being a mathematics lecturer at a university, you have to be a bit of an actor apart from anything else! If you stand up in front of a class of 200 students you’ve got to hold their attention, you’ve got to communicate the subject to them, and you’ve got to try and make them see that it’s worth their while being there and actually engaging with the material.

What should people do if they want to become a professional mathematician?

Do a mathematics degree first, learn as much mathematics as you can. Then probably you’ll go on to a masters and a PhD – it’s more of the same but with a difference. In a masters you do some courses, you learn some things, but at the same time you’re expected to take some piece of mathematics and explain it in a very long project, in your own words, and if possible to improve on the presentation, or perhaps even to shorten the proofs or come up with some new ideas.

So already at the masters level you begin doing a bit of mathematics that nobody has every done before, you’re already beginning to chip away at new knowledge, and the point of a PhD is to actually produce some really new contribution to knowledge. You publish papers, and people get to hear about your work, and after a while you’ll probably apply for something like a university lectureship and with a bit of luck you’ll pick up a job, and then you’ll be just like me.

What is it like to come up with a new piece of maths?

The first time you discover something that nobody ever knew before, it’s just an amazing experience. You now know this fact that’s completely new in all the history of the world, so it’s a wonderful feeling, it’s very motivating.

The most important advice is, if you enjoy it, stick to it, because that will take you far further than anything else. If you think you are a mathematician, give it a fair run, try it out, do lots of mathematics, and if you’re still enjoying it then that’s obviously the thing for you, go for it.

And if you don’t enjoy it?

Then well maybe you could become a footballer or something else! If you don’t enjoy mathematics then why torture yourself? Only before you give it up, do take this point of view that what we’re trying to give you is techniques for solving problems, and the problems aren’t necessarily mathematical problems. From mathematics you should learn how to go about attacking those problems, and if you can learn that then the mathematics might have been worth all the pain that it caused you!