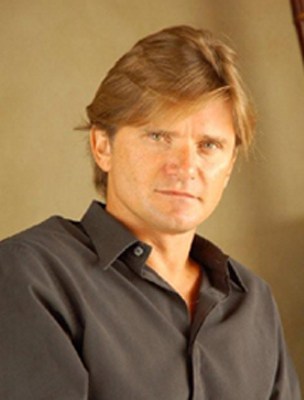 Coming from a poor background and a difficult childhood, Richard Farleigh was thought to be ‘backwards’ until his maths skills shone through. Building on his early love of puzzles and mental challenges, he won a scholarship to study economics and maths at the University of New South Wales, Australia.

Upon leaving, he made a successful career in the finance industry which let him retire at 34. He developed his capital by investing in several tech start-ups and now works as a ‘business angel’ providing money and advice to young businesses. He appeared on the series Dragon’s Den in 2006 and 2007, and continues to seek new businesses to invest in. Kate Oliver, a writer for the Maths Careers website, talked to him about how important maths has been in his career and in his business ventures.

When I was young, I was assessed as ‘backwards’. I think the first thing that got me out of that was early maths. I was quite good at that, and I loved it. I used to love puzzles and mental challenges. I guess it was the first thing I learnt.

As a kid I used to go to grocery stores with my mum. In those days they used to add things up with pen and paper, and I’d watch them add up this list upside-down. I used to try and add the totals up in my head faster than they could with the pen and paper.

I never thought anything of my skills really, I thought they came because I loved doing it. Loving something makes a huge difference.

And did this make you think that you could have a career using maths?

I ended up doing a lot of economics and maths because I liked it, but it wasn’t a big thing back then. Economics and maths is a great combination to get into the world of banking and finance, but I didn’t know that then.

So how did your maths background help you build your success?

I went into finance and found having a little bit of maths background was an enormous help, because noone else had those skills as an investment banker. Now the banks and hedge funds are looking for people with maths skills. Maths qualifications are used all over the place, a lot more so in the sciences as well. I still use it. I occasionally write down equations. The way of thinking and the concentration skills it teaches you are very valuable. 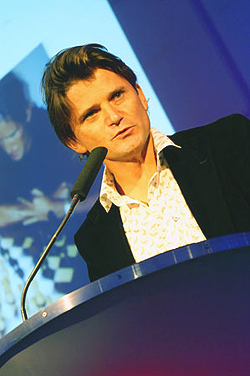 Would you say maths skills are useful to a budding entrepreneur?

Are there enough people with those sort of skills around?

I see a lack all the time in business. Unless people are trained – and even sometimes when they are trained – they lack a mathematical approach. It’s not as complicated as they think. It can often be about probabilities, or about converting one thing into another thing. Some people are terrified of currencies! You see it all the time in professionals who are well able to understand the subject.

People tend to classify themselves as mathematical or not mathematical when really it’s just like anything else. Most people can do some of it, and most of it is within their reach.

What makes you think that?

Maths is very practical and much more interesting than people think. A lot of it’s not presented as solving problems or as a challenge. But Sudoku is actually harder to understand than algebra, and people love that. Maths is no harder than that, but unfortunately it can be quite intimidating if you don’t get it when everyone else is getting it.

You get behind, and you get a terror of it. It’s taught as a dry subject. I would like to see it taught in a less intimidating way, with fewer equations on the board. Maths can encourage excitement and include some history.

Could you give an example of that?

Is there a bit of maths that particularly appeals to you?

My favourite area of maths is statistics. I like algebra but really I prefer statistics. It applies so much in the real world.

People tend to make absolute statements. They say something like, ‘United will win this year’, but I’m always thinking ‘Well, there’s maybe a two thirds chance United will win, perhaps a third for Chelsea?’. Statistics gives a fantastic understanding of how the world works.

Going into business, people will present a business plan as if that’s how the business is going to operate, when really you’ve got to have at least two business plans in your head, one where it works and one where it doesn’t. How will you react if it doesn’t work? I always have at least two outcomes going into a business. A lot of people just have one, and that’s usually the one doesn’t happen. I think statistics teaches you to look at things in terms of realms of possibilities rather than just solid outcomes.

Our thanks to Dr. Timothy Johnson, Heriot Watt University.