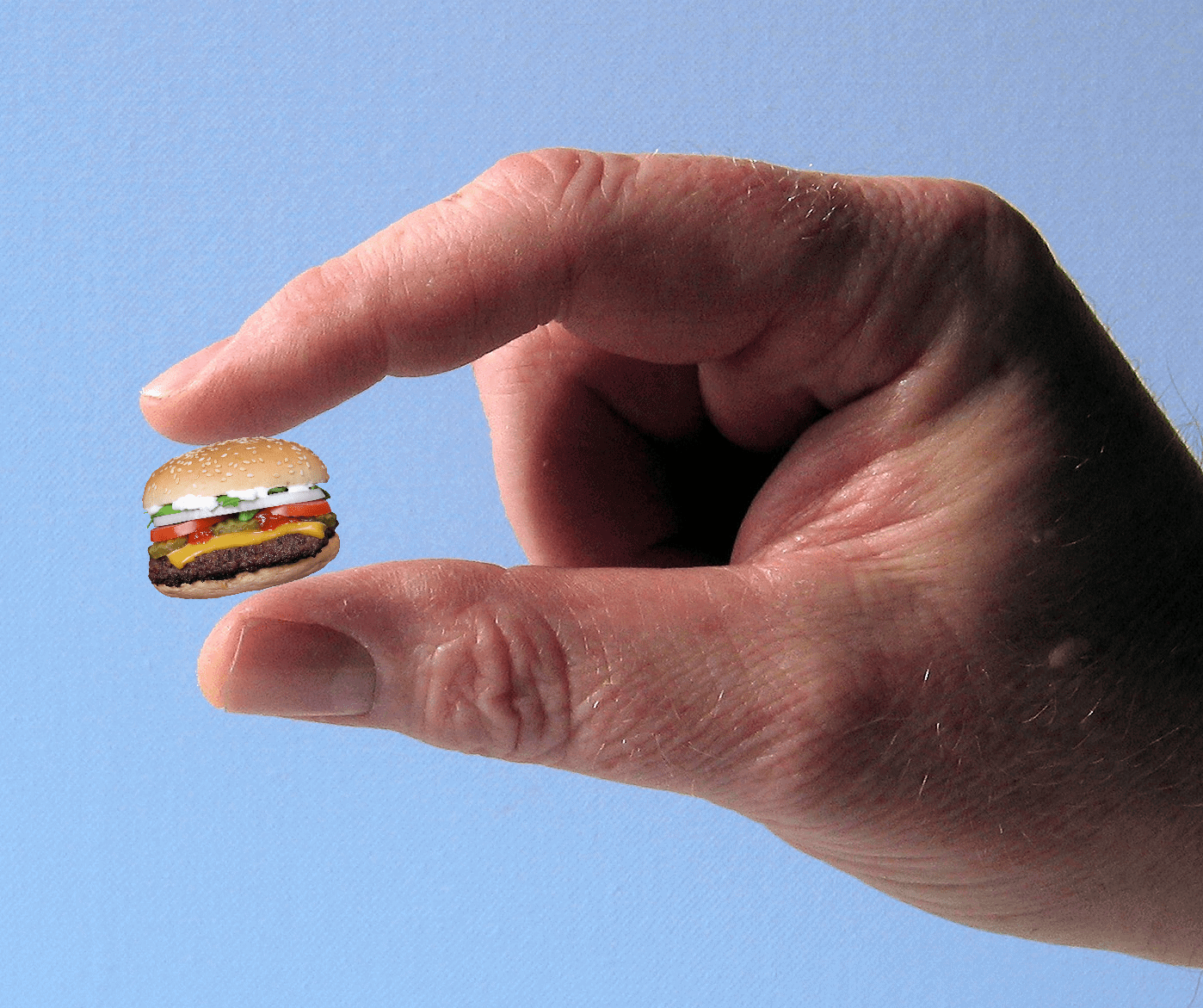 The maths of shrinkflation – how your food could be getting smaller

You might have noticed how your chocolate bars have been getting smaller but have stayed roughly the same price. This is called shrinkflation – it is a cunning way of raising prices without actually raising the price of the product you are buying off the shelf. It is only when you sit down and do the maths that you might start to feel a bit cheated.

Shrinkflation doesn’t only apply to chocolate. In 2017 the Office for National Statistics found that over 2500 products had been ‘shrinkflated’ in the past five years – ranging from juice to toilet rolls.

Take Cadbury’s Chocolate Fingers as an example. In 2015 the weight of a pack was reduced from 125g to 114g. This meant that 2 fingers were taken out of each pack.  Most consumers would hardly notice the difference – but when you examine the maths it doesn’t look good.

You are still only paying £1 for your biscuits, but this is equivalent to a price rise of nearly 10% pro rata! Instead of charging you £1.10 for your biscuits, the manufacturer has decided to shrink the pack and hope you don’t notice. No wonder that most manufacturers are taking this sneaky approach to raising prices.

Not only have products been shrinking, they have also been changing shape. In 2013 Cadbury’s changed the shape of its bars to contain round chunks instead of rectangular chunks. Chocolate experts have argued that this gives the chunks a greater surface area which leads to the chocolate melting more quickly in the mouth and results in a better taste. However the change from rectangles to ovals also came with a reduction in size from 49g to 45g – a 9% increase in price pro rata.

It may seem like 4g is a small slither of chocolate, but it can make a big difference when you are dealing with huge quantities. Cadbury’s sell around 350 million bars of Dairy Milk each year.  This would mean that they need to use 1.4 million kg less chocolate in their bars, just by shaving 4g off each bar. This is a big saving!

The Toblerone is another example of a changing shape. The bar was reduced from 400g to 360g – a 9% pro rata increase in price. The Toblerone was also completely redesigned so that it now had big gaps in the middle of the chunks. This was a very obvious change which customers couldn’t miss, making some people quite angry – so why was it done? It meant that the length and height of the Toblerone stayed exactly the same and that the consumer would still see the same size box on the shelf. This shape change didn’t go down well with consumers and was eventually reversed.

One unfortunate side effect of shrinkflation is that packaging sizes often don’t shrink as much as the products do. (Think of all the empty space inside your crisp packets!) This means that more packaging is being used pro rata which is bad for the environment.

Circles can be misleading

Toilet Rolls have also been shrinking – with Andrex shrinking from 280 sheets to 221 sheets. It is particularly hard for consumers to spot changes to circular shapes – tiny reductions in diameter can make a big impact on total size.

Take a pizza as an example. A large 13.5 inch pizza would have a surface area of

square inches. If the pizza was reduced by half an inch in diameter to 13 inches this would only be a 4% reduction in diameter. It would however result in a new surface area of

square inches which is a 7% decrease in surface area.

It is now easy to see how toilet manufacturers can shave a small amount off the diameter of a toilet roll and produce a big reduction in the amount of loo paper you actually get.

Good news for the consumer?

One of the only good sides to shrinkflation is that our snacks are getting smaller, which has to be good for our health. Mars Inc. which makes Mars Bars and Twix Bars put a 250 calorie limit on all snacks back in 2012 – only consumers can decide whether this is a kind attempt to help our waistlines or a cynical attempt at shrinkflation.

There has to be a limit to shrinkflation – at some point consumers will be unwilling to buy a bag containing one crisp or a chocolate bar with one segment. When the shrinking has to stop, the prices will start to rise, but at least consumers will be aware of prices rising, rather than being conned by the stealth tax of shrinkflation.