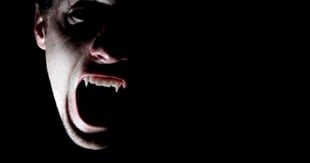 Meet the numbers that put the count in Count Dracula: vampire numbers. The term was coined in 1994 by US computer scientist Clifford A. Pickover to describe numbers that are “subtly hidden” from our view, just as vampires walk amongst mere mortals in science fiction novels.

Here is the recipe for rustling up a vampire number. Take any number with an even number of digits. Split that number into two daughter numbers of equal length, which between them comprise all original constituent digits of the first number in any order. If the product of those daughter numbers equals the original number your number is vampiric. In fact, if the daughter numbers satisfy this rule then they are referred to as “fangs”.

This is best seen with an example. The lowest vampire number is 1260 because 21 x 60 = 1260. 21 and 60 are the fangs which are each exactly half the length of the original four digit number. The fangs also contain all four digits of the vampire number. There are seven four-digit vampire numbers in total – can you spot any of the other six? The answers are at the bottom of the page.

So next time you see or read of the blood-sucking undead, spare a thought for Clifford A. Pickover and his numbers that bear their name.