Charles Darwin’s theory of evolution tells us how every living thing on the planet has been sculpted by natural selection and adapted to its particular environment. Random genetic mutations or a lucky combination of genes inherited from each parent gives some creatures an advantage over the rest, allowing them to dominate in the struggle for survival. Although the difference between each successive generation is tiny, with enough time evolution can transform one species into another. Sadly, biologists don’t have millions of years to sit around and watch this happen, so instead they use mathematical models to study Darwin’s theory.

You need three conditions for natural selection to occur: variation among individuals, a mechanism to pass traits from one generation to the next, and different probabilities for reproduction. In the natural world an animal’s genetic code provides variation through different sets of genes, and that genetic code is passed on to the animal’s offspring if it is able to survive and reproduce. Biologists can apply these same rules to the virtual world, replacing genetic code with binary code to create digital organisms. 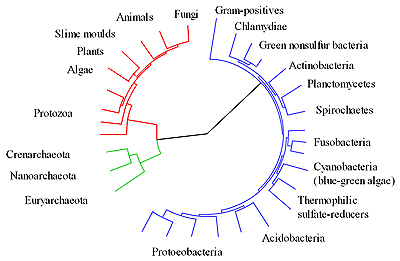 Imagine a controlled ecosystem of tame computer viruses, replicating peacefully instead of destroying all your files. The system has a chance of introducing mistakes every time an organism copies itself, creating mutations just like creatures in the real world, and resources are limited so that different organism “species” have to compete to survive.

Flesh-and-bone animals fight for food and shelter, but digital organisms are after just one thing: numbers, scattered across the virtual ecosystem. The organisms use these numbers to perform computations such as addition, and successful sums are rewarded with a boost in their reproductive speed. The more computations, the faster the organisms can replicate, and those that reproduce fastest eventually takeover, erasing their competitors in an evolutionary arms race.

Digital organisms are governed by natural selection that takes moments, not millennia, allowing biologists to conduct experiments that are impossible in the real world. They can tweak parameters such as the rate of mutation or the reward for completing computations and study the effects, or look back at every stage of an organism’s evolutionary history without worrying about “missing links” like those found in the fossil record of the natural world. But how do these digital findings relate to evolution in reality? 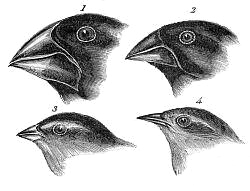 Though they can’t tell us anything specific about how life began on Earth, biologists can use digital organisms to learn more about how evolution works in general. Critics of evolution argue that complex creatures could never have evolved from simple ones, because all of an animal’s parts must work together. A common example is the human eye, which needs an iris, lens, retina and more to function properly. The critics say these parts couldn’t have all evolved at once by chance so evolution is impossible, but digital organisms prove them wrong.

In order to perform computations and increase their reproductive speed, digital organisms must know how to do simpler tasks such as reading and writing numbers to memory, and the most complex computations require organisms to evolve an entire toolkit of basic operations. One such computation known as “equals” involves comparing two numbers to see if they match. A digital organism might use 20 or so basic operations to perform equals, and deleting any of these operations will prevent it from working, just like removing the lens from a human eye. However, experiments show that the ability to perform equals can evolve over time starting from just a few simple functions, proving that the components don’t need to evolve simultaneously.

Digital organisms offer biologists the exciting chance to watch evolution in fast-forward, without having to worry about the incomplete fossil record of the real world. These virtual lifeforms only exist inside computers, but they follow the same rules of natural selection that Darwin suggested over 250 years ago, and by experimenting in this mathematical world biologists can learn even more about the theory of evolution. If you’d like to experience virtual life for yourself, why not try downloading Avida, one of the most popular software packages for creating digital organisms?