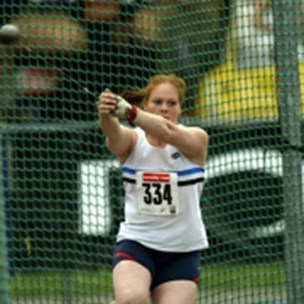 Aged five and asked “What would you do with £100?”, my answer was that I would leave school, and buy a swimming pool! My teacher wrote “excellent story Shirley – what would you do without maths?” I replied “I’d just do it at home”! Ever since then mathematics has been both my strength and love.

After taking GCSE maths a year early I went on to obtain A grades at A level in both maths and further maths. There was no question what to study at university…I wanted maths to be my future. The choice of where to study was a bit tougher.

Sport had always been a huge part of my life. Springboard and highboard diving was my main sport at that time. I turned down the place offered to me by Oxford University in favour of Edinburgh University, where there is a swimming pool with a fabulous diving facility. I completed my BSc Mathematics in two years and graduated in 2002.

I am a strong believer in the saying “there is a reason for everything”. It was whilst in Edinburgh that I met up with Chris Black, a two time Olympic hammer thrower. Already I had enjoyed doing athletics, but it was Chris’s input to my hammer throwing which led to a dramatic improvement.

So, for the past four years I have been a full-time lottery funded athlete. Currently I am the British Champion, Scottish record holder, European Cup winner 2005, and I have competed in Olympic Games, World Championships, World University Games, European U23 Championships, and two Commonwealth Games.

Life as a full-time athlete is very intense. Over the past three years I have dedicated ten hours per day, every single day (with no rest days) to hammer throwing. This involves both physical training and also studying hammer videos of myself and the best throwers in the world…I have special software to split-screen and watch two throwers side-by-side. At present I do not use my mathematics qualifications day to day, though the dynamics of hammer throwing are highly complex, so my maths background gives me a clearer understanding of the event.

I love being an athlete. The training is extremely tough, but competing on a world stage is a massive honour and the buzz is amazing! When my hammer throwing career finishes I hope to pursue a career using maths.

My advice to everyone is to be 100% committed to everything you do. Ensure that you never look back on your life and say “I wish I had…”.