Ever found yourself waiting ages at the bus stop, wondering if a bus will ever arrive? Or popped to the shops to buy some milk, only to watch someone else grab the last pint off the shelf? Not having what you need, when you need it is really annoying – but it’s also really bad for business. Customers will go elsewhere if your company doesn’t provide what they want, so many businesses use operational research to help everything run smoothly.

Operational research uses mathematical methods to help come up with predictions and make better decisions. Problems such as how many buses to run or how much milk to buy can’t be solved with one simple equation, and finding the answer often involves creativity as well as calculations.

The field of operational research began during the Second World War, and was key to the British war effort. One of the first successes for wartime operational researchers was investigating how to deal with the threat of U-boats. The German submarines were sinking ships loaded with important goods, attempting to cut off British supplies. In response, the British Royal Navy adopted the convoy system, with warships accompanying merchant ships in groups to provide protection.

It was a sound strategy, but the Navy wasn’t sure how large these convoys should be. Small convoys can travel faster and hopefully avoid combat altogether, but larger convoys have more warships with which to fight off an attack. Operational researchers used statistics to analyse the results of past battles and found that it wasn’t the size of the convoy that mattered, but how many warships there were in each one. As a result, the Navy switched to using a few large convoys rather than lots of little ones, saving lives and helping to win the war. Operational researchers today still work within all branches of the military, but businesses and governments have also realised the benefits of using mathematical and scientific thinking to solve problems. 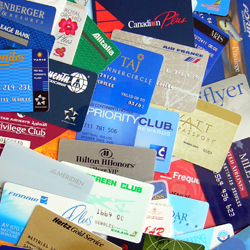 If you or your parents have ever used a supermarket loyalty card, like Tesco’s Clubcard or Sainsbury’s Nectar card, then you’ve seen operational research in action. Loyalty cards let supermarkets track what their customers are buying, creating huge amounts of data for operational researchers to work with. They use statistics to search for patterns in the data, attempting to predict how customers will behave in the future.

For example, the data might show that people buy lots of milk on a Saturday, in which case the supermarket would know to stock up on Friday evening. By tracking what people buy, supermarkets can make sure they always have the right products on the shelves, keeping their customers happy and increasing their profits.

It’s all very well coming up with routes and 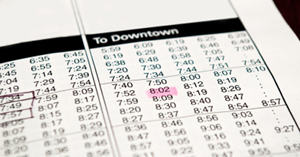 timetables, but trains and buses can’t go anywhere without their drivers, and coordinating the drivers’ schedules is a complicated problem because there are lots of rules that need to be followed. Drivers can only work a certain number of hours, require rest breaks, and because routes can take them all over the place, need to be able to get home at the end!

To help solve these problems, operational researchers at Leeds University came up with a computer program called TRACS II. This program looks at the timetables for the bus or train network and then figures out the best way to assign drivers to each vehicle. It works by examining all the possible driver schedules that fit the rules, then throwing away the ones that don’t make sense, such as those with starting points that would take a driver too long to get to. The remaining schedules can then be rated by factors like the number of hours worked or the distance travelled, allowing the transport company to pick the best one.

The science of better

Choosing a career in operational research means applying maths to solve real-world problems. You could help businesses to improve their services and lower costs, or work with government departments to support their plans for healthcare, policing and other areas. There’s a reason operational research is sometimes called “the science of better” – it’s all about helping people to get what they need, when they need it. To find out more, why not visit the careers site of the Operational Research Society?

Learn About O.R.
A great website by the Operational Research Society.