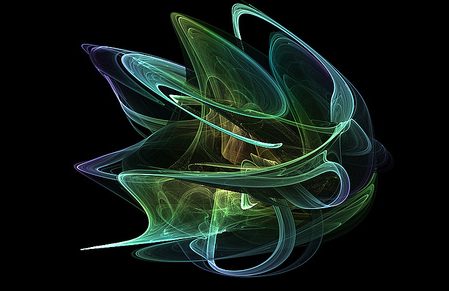 Analysis is the study of how things change on a small scale. For example, the movement of a travelling car can be described using a mathematical function, and it’s easy to calculate the car’s average speed – just divide the distance travelled by the time taken. Working out its speed at any given moment is more difficult, as you have to work out the distance travelled in an instant amount of time! For that, you need analysis.

You should already be familiar with the main tools of analysis; integration and differentiation, collectively known as calculus. Both deal with rates of change on an infinitesimal, or infinitely small, scale. For example, a communications engineer might use integration to calculate the energy of a radio wave when designing a new mobile phone, or a racing car designer could use differentiation to calculate a car’s instantaneous speed.

Analysis becomes more difficult when working with complicated surfaces or dealing with several inter-related functions. Systems like these can be modelled with a series of differential equations, describing how variables changes over time. This is known as dynamics.

What are dynamical systems?

Dynamical systems can either behave periodically like a pendulum, or have a much more irregular output. The interaction between just a few simple equations can model enormously complex behaviour, such as the population of different species within an ecosystem or the orbits of the planets within our solar system.

Some complex systems can appear completely random, or chaotic, such as the weather. Systems like this are extremely hard to predict, and the slightest change of initial conditions can produce very different results. This is called the ‘butterfly effect’.

Just because you can write down a series of equations describing a system, that doesn’t mean that you can solve them to come up with an answer. The Navier-Stokes equations, which describe the motion of fluids, were written down over 100 years ago. Mathematicians use them to calculate whether a new oil pipeline will burst, how turbulence forms behind a fighter jet, or how food is mixed up as it travels through your body.

Despite these uses, no one has yet managed to find a complete solution to the equations. The Navier-Stokes equations are so important that the Clay Mathematics Institute in the US has designated them a Millennium Problem offering one million dollars to any mathematician that solves them!

Systems like the Navier-Stokes equations are common, but only the simplest dynamic systems can be solved exactly. For the rest, mathematicians use approximation techniques running on fast computers to come up with a solution. In fact, some of the largest supercomputers in the world are dedicated to modelling and attempting to predict the output of one type of the most complicated systems we know – the weather. No wonder the weather forecasters sometimes get it wrong!

Dynamics is an extremely broad area of mathematics, and has many applications in the real world. Much of scientific modelling involves simplifying our complicated reality into a set of differential equations, then using computers to study the behaviour of the simulated system. Mathematicians also use dynamics to produce models of economic systems in the finance industry. These skills are always in demand and these links show how you can use analysis, calculus, and dynamical systems in your career.

Going with the flow
Plus magazine investigates the way fluids behave, and how fluid mechanics helps us to understand what happens when a volcano erupts.