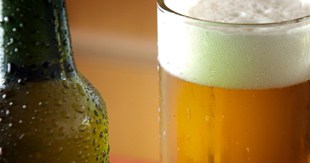 What are you drinking?

Home / What are you drinking?

Many people like to have an (alcoholic) drink when they go out. As well as tasting good, alcohol can help you relax and socialise. Of course, alcohol can also make you very miserable, or even violent. In the longer term there’s going to be a hangover and possible health damage. To keep yourself and your friends safe while having fun, there are a few useful maths tricks that can help you figure out how much you can drink.

The Government’s drinking guidelines suggest that men shouldn’t go over 3 or 4 units of alcohol a day regularly, while women should keep it to 2 or 3. In a week, men should aim to consume less than 21 units and women are advised to stay below 14. But what are these units?

Give it a shot

Mine’s a large one

Volume does vary from country to country – in mainland Europe and specialist European bars, beer is typically served in half or quarter litre glasses. In the UK it is standard to serve pints or half pints. But watch out across the Atlantic, because interestingly, American pints hold only 80% as much as English ones. A standard pub shot holds 25ml, and glasses of wine range from 125ml to 250ml.

Don’t worry about getting all the significant figures exactly right, rounding is fine here. Since everyone has a slightly different reaction to alcohol, depending on gender, height, stress levels, what they’ve eaten that day, their normal drinking habits and their ethnic background – among others! – your unit count is best taken as a rough guide.

Alcohol is a popular part of a night out. If you want to work anywhere in the entertainment industry – maybe as a landlord, a flair barmaid, a bouncer, or a singer in a nightclub – it’s useful to have an idea of different people’s tolerances and drinking. It tells you who to keep an eye on. And of course, it helps you have a good night out yourself and avoid feeling awful in the morning.