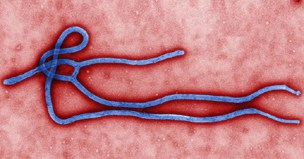 Epidemic emergency – the fight against Ebola

The spread of Ebola has caused more fear than any other disease in recent times.  It has spread rapidly through West Africa, taking thousands of lives in Liberia, Sierra Leone, and Guinea and has even infected a few people in Europe and the U.S.  What you may not realise is that when a disease starts to get out of control; mathematics plays a vital role in the battle to stop the epidemic.

If you can predict how a disease will spread, then you can take measures to prevent it.  That is why mathematicians are called upon to use mathematical models to predict how an epidemic will develop. 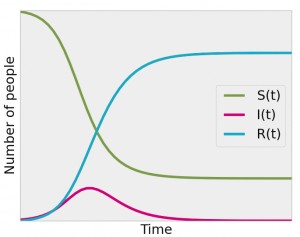 The SIR equations are a group of differential equations which model what will happen over time.  To understand what they mean you will need to have studied some A-level calculus. 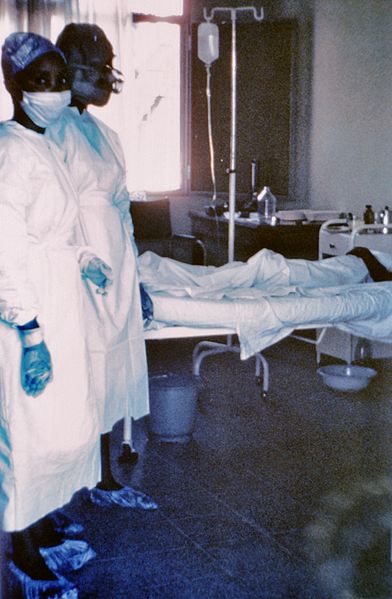 There is also a special number called R0 (pronounced R nought) which is called the “Basic Reproductive Ratio”.  R0 is defined as being the average number of new cases resulting from an infected individual.  For example in the case of Ebola,  is thought to be somewhere between 1.5 and 2.5.  This means that for every infected individual, there will be around two more new people infected.  Mathematicians have shown that if  is ever greater than 1 then this means a disease will continue to spread whereas if is less than 1, then the disease will not continue to spread. 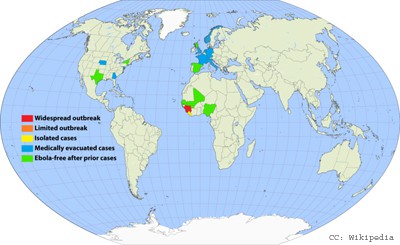 One of the challenges with Ebola is that it has been difficult to estimate  accurately, as there has not always been accurate data about what is going on in the countries affected.  Some people may not report infection, or doctors may be unsure how many people have died or recovered.  Mathematicians also want to model lots of different scenarios, so that governments can prepare for a variety of outcomes. Mathematicians will run their models using different rates of infection taking into account how successful countries have been at isolating patients.  In a worst case scenario, it was predicted that there would be 1.4 million cases by January 2015.  Thankfully this didn’t happen, although at the time of writing this article, the disease is still not yet under control.