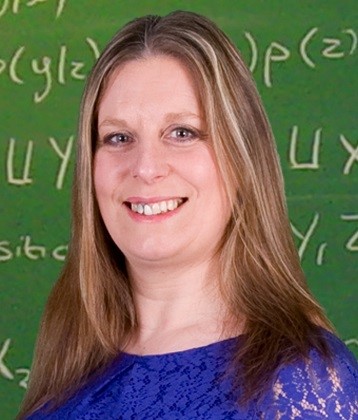 Number of years in current position: One year

Briefly describe the organisation you work for.
Warwick is a research-intensive university and is one of the UK’s top universities for Mathematics.

Explain what you do on an average day at work.
The two main aspects to my role are to provide an interface between university, cutting-edge research and those who might use it in business, government and industry and to pursue my own research.  On a day to day level, I might be organising a networking event for academics and industrialists to understand real-world problems and how research at the boundary of knowledge might address these.  I might be gathering industry proposals for MSc projects which allow us to test the waters of some of those ideas, and give students the privilege of working with an industry partner. Or supervising such students.  My own research includes an element of collaboration with policy-makers, so I might be called to give evidence locally or nationally. In the development of my research, I have collaborators in several countries, so I might be travelling for research visits or conferences.

What do you like most about your job?
I love that I am a professional mathematician, after being told at school, I wouldn’t cope with A-level! I love the variety, the stimulation and the fact that every day I learn something new.  I love working on things that nobody in the world has solved yet and I like working with other mathematicians and other disciplines.

What stimulated your interest in maths, and when?
I was fairly middling at everything at Grammar School, Maths included.  The penny seemed to drop just around age 16, as I was about to take O-levels (now GCSEs). I wanted to take A-level Maths, but was told I wouldn’t cope, so I had to choose another subject instead.  I chose Economics. After a career in Accountancy and 20 years full-time at home bringing up my family, I decided I would like to retrain as a Maths teacher. So I took A-level maths at my local college (hearing that teacher’s voice telling me I wouldn’t cope every time I struggled with something). I worked hard and my A-level results were very good and I went on to take a BSc in Mathematics.

What influenced your career choice?
I was a volunteer with an AIDS charity, going in to schools as a guest speaker to take sex and relationships classes, which made me think of becoming a secondary school teacher and set me on the path to a Maths degree.  However, when I started my course, we had modules in Mathematical Modelling and I was blown away to think that you can use Maths to make people’s lives better!  I can trace my desire to do research back to that paradigm shift.  In my final year, I applied for, and was offered a funded place to do a Masters and PhD in Complexity Science (mathematical modelling of real world systems). Again I was told I wouldn’t cope with postgraduate level mathematics, but I gave it a go and made it through!

Which skills do you consider to be essential for your job?
Good mathematical and thinking skills, obviously, but also good communication with non-specialists.  I think that coming in to Maths later in life is a real plus in this respect; I can remember meeting mathematical concepts for the first time as an adult and have a bank of analogies which help to bridge the gap.  I need an appreciation of the business imperative, too, which I have from my accountancy background.

Tell us a bit about any previous roles which you have held.
I have already said I started my working life in Accountancy.  I prepared accounts for small businesses and audited accounts for big ones.  Often, this meant going to their premises, which gives a real feel for the business and the market in which they operate. I loved the variety and the insight these visits gave into widely differing industries which would otherwise have remained closed to me. I have also done bookkeeping roles, worked in insurance claims, and had a variety of volunteer roles including as governor at a couple of schools and the visiting educator role mentioned above.

Any advice you may have for other individuals considering your career path?
It is never too late to take up Maths, or any other subject for which you have a passion!  Don’t let people tell you if you didn’t take up that study or hobby as a youngster, it is too late now.  It isn’t.  And studying as a mature student has many advantages, as your life experience helps with time and financial management, self-discipline and so on. It can be harder, too, of course, as you may have family or financial responsibilities which the young students don’t have.

Your future career plans?
I would like to build a robust and enduring partnership between researchers and business, government and industry, so that more and more of what we do in research can be put to work, and the interface with industry can point researchers to interesting, as yet unsolved problems to tackle. Blue-sky research is important, too and I would like this to be recognised by government so that not only the applicable but also the deeply abstract mathematical research continues to be funded.