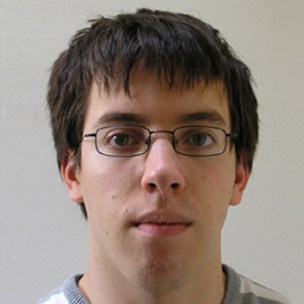 “There aren’t many people who can both understand high-level maths and write about it in a clear and easy to read way. Based on my experience it’s a skill that’s very much in demand.”

Describe your job in a nutshell.
I write about the latest developments in technology and gadgets for New Scientist magazine. Because I cover technology, rather than fundamental research, I like to think that I write about the moments when science fiction becomes science fact.

What is the best thing about your job?
Every day I see something that makes me go “wow, that’s cool”, and then I get to let other people know about it in the magazine.

What is average week like at New Scientist?
It’s a weekly magazine so we work in cycles. Tuesday is press day so everything has to be ready by the afternoon to be sent off to the printers for the magazine to come out on a Thursday. This means I have to file stories by Thursday or Friday before so they can go through editing, sub-editing, page layout and so on. I am always thinking a week ahead. On top of the magazine we have the website, where we publish stories daily, so I’m always on the look out for things to write about.

Did you always want to be a writer?
That’s hard to say. When I was very young I wanted to be a fiction writer; I wrote stories all time. Then as a teenager I got in to film-making and wrote a lot of screen plays. But it wasn’t until finishing my maths degree that I realised I wanted to write about science.

Why did you choose a Maths degree over English and/or Literature?
I was always interested in maths and loved learning more. I thought that I could always do writing in my spare time, whereas it’s much harder to learn maths by yourself!

How did you go about combining your love of maths with your love of writing?
At University I was a member of The Film-making Society, helped organise the National Student Film Festival and wrote for the Bristol student newspaper, but there was never a huge cross over with maths. It wasn’t until after my degree, when I discovered the Science Communication course at Imperial, that I even realised you could make a living writing about maths and science.

What did that course involve?
We learnt about the relationship between science and the media and the role of science in society. We also got hands-on experience in writing and making radio and TV programmes. I also did work placements at The Guardian and New Scientist – an opportunity which ultimately lead me to getting a job with them.

So you went straight from the course to working for New Scientist?
No. After finishing the course I spent about 18 months working as a freelance science writer. The experience I got from the course allowed me to write for The Guardian and New Scientist, along with other publications, and I also spent a long period working with the Institute of Mathematics and its Applications, creating content for this very website!

Are there many jobs where mathematicians can be writers?
Being a mathematician doesn’t mean you can only write about maths – the logical training you get is great preparation for writing about any scientific or technical subject. But there aren’t many people who can both understand high-level maths and write about it in a clear and easy to read way. Based on my experience it’s a skill that’s very much in demand.

What other skills do you need to be a good science writer?
You need to be able to grasp just a few key ideas and then tell your readers why those ideas are so important and exciting. In mathematics, it’s important to explain every single stage of your idea – if you skip a step in a proof people can’t follow your logic. In science writing readers don’t want every single step in detail, just the big and exciting new ideas.

What advice would you give to maths students wanting to get into science writing?
Start blogging, right now. During the Imperial course, I wrote on my blog justatheory.co.uk every day for an entire year. Not only did it teach me how to write quickly to short deadlines, it also greatly improved my writing style and exposed me to a huge range of ideas that I still draw on today. You should also read as much as you can, and not just maths – you never know when something unrelated might come in handy. Twitter is a great source of things to read, and there is a good community of science writers out there to learn from. I’m @jjaron if you want to follow me. Finally, consider a course such as the Imperial Science Communication course. It’s not a necessity, but it helps people take you seriously. This is especially true if you’re coming from a maths background – most people assume that mathematicians can’t write!