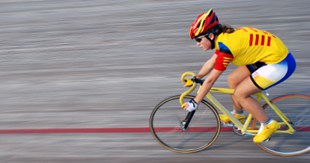 Cycling has become very popular in the UK thanks to our Olympic stars Sir Chris Hoy, Victoria Pendleton and Nicole Cook, and more recently Bradley Wiggins and Mark Cavendish in the Tour de France. As they speed to their respective victories the last thing on their mind is likely to be maths. But a closer look shows that maths has a part to play in their success.

So the question is. How does it actually help? Well, it’s important in a few ways, including designing the high tech frames and also helping the mechanics to work out the best gear ratios.

Gear ratios are very important when it comes to propelling our cyclists on their winning ways. Most of you will probably have a 10 speed bike, which is probably all you need if you’re cycling to the shops or out with your mates, but have you ever stopped to think what that means or how it works? Well, it’s simply the number of gear ratios. Some mountain bikes can have as many as 27 gear ratios. It takes three different sized rings in the front and nine different sized sprockets at the back to produce the gear ratios. 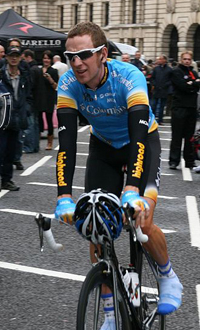 But what’s the point of all those ratios? The answer is constant cadence – that’s the speed at which the rider turns the pedals. The idea behind having all these gears is so that riders can turn the pedals at a constant pace even on a steep slope. If you’re climbing a hill on a bike, you don’t slow down the speed of your legs, but you change gear to reduce the amount of pressure you have to apply to the pedals. So the gear ratios that Bradley Wiggins uses on the flat will be a lot different from those he uses when he’s climbing a mountain in the Alps. It also means that when he’s speeding down the other side of the mountain the gears allow him to add more power without his legs dissolving into a high speed blur. 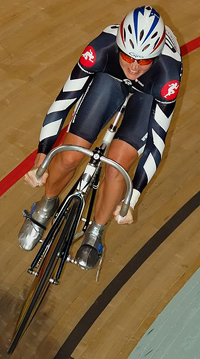 But how do bike mechanics set up the gears for say a fast time trial on flat ground where riders need to get up to speeds of well over 40 kph? To go faster you need different ratios. For example, to ride at 25 mph (40 kph) with a 50 RPM cadence, you need about a 6.5:1 gear ratio. Different ratios mean that the rider can always pedal at a constant cadence no matter how fast the bike is going. Of course, the lower the ratio the more revolutions the rider must pedal to travel the same distance!

So next time you’re cheering our cyclists to another victory, remember that maths could help you be part of a winning team.